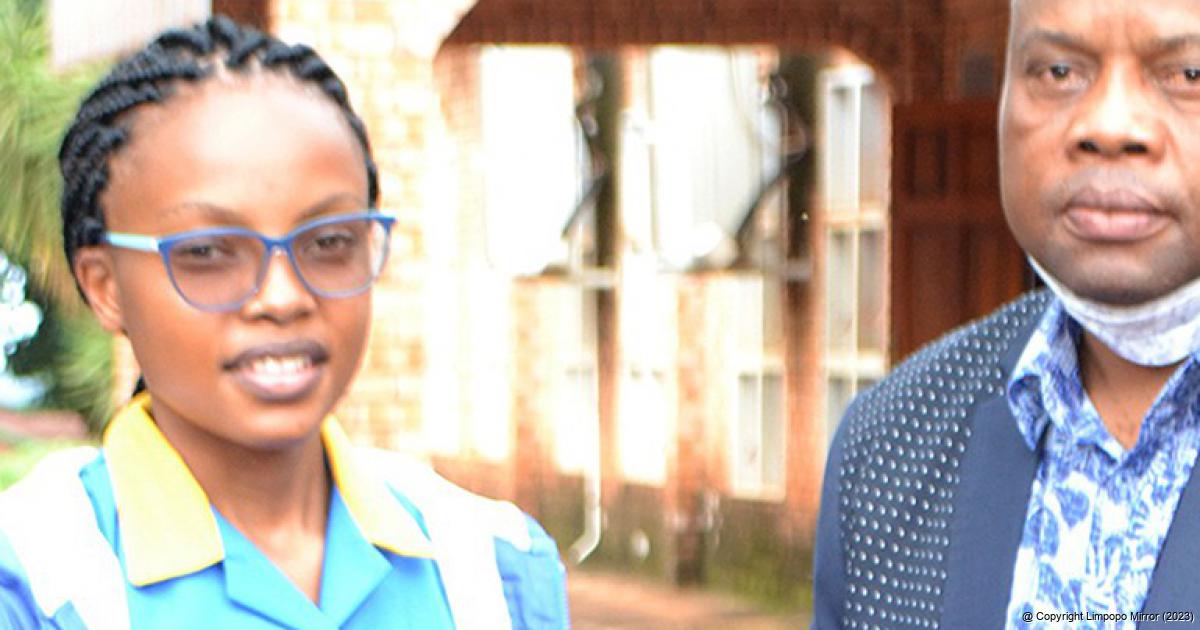 Emmanuel Davhana, a well-known photographer from Thohoyandou, is bursting with pride because of the academic achievements of his daughter, Delicia Davhana. Delicia obtained distinctions in all seven of her subjects and ended as the top learner in the Vhembe region, the second-best learner in Limpopo Province, and the third-best learner in the country. In the photo, the proud father shakes hands with his daughter. Photo: Silas Nduvheni.

Delicia among top academic achievers in the country

Eighteen-year-old Delicia Davhana managed to put Thohoyandou High on the map when she earned herself a place among the top academic achievers of 2021 in the country.

This clever young woman from Tshisaulu an Hamangilasi obtained distinctions in all seven her subjects, namely geography, mathematics, Tshivenda, English, life orientation, life science and physical science, passing life science and physical science with a 100% final mark. She ended up as the top learner in the Vhembe region, the second-best learner in Limpopo Province, and among the top 33 learners in the country.

Delicia attributes this achievement firstly to God’s grace. Careful time management, discipline and hard work, of course, are also imperative, she said, along with a good support system. “My hard work and many sleepless nights have finally paid off, and I’m going to make sure that I keep it up. It was not easy, and I would like to take this opportunity to thank my parents, teachers, members of the school governing body, and everyone who supported me through my studies,” she said.

Her proud father and well-known photographer in Limpopo Mr Emmanuel Davhana had nothing but praise for his daughter and described her as a bookworm. “She is the first member in our family to reach this achievement and we are so proud of her. I know she is intelligent, but she still had to put in a lot of hard work and dedication. She spent most of her time doing schoolwork and also helped other pupils with their schoolwork,” Davhana told the media.

Delicia is going to study Electrical and Computer Engineering at the University of Cape Town. Her advice to other pupils is to find successful people as role models. “Having role models in life usually helps a person to be able to draw a picture of where he or she wants to be in future.”

She encourages the pupils who had not made it the past year to work very hard and not give up. “Your knock-down is not your knock-out,” she said.

The Grade 12 results were announced by MEC for Education Polly Boshielo at The Ranch Hotel on 21 January. Limpopo was the worst-performing province in the 2021 academic year, compared to other provinces, with a pass rate of 66.7% - a decline of 1.5% from the previous year.