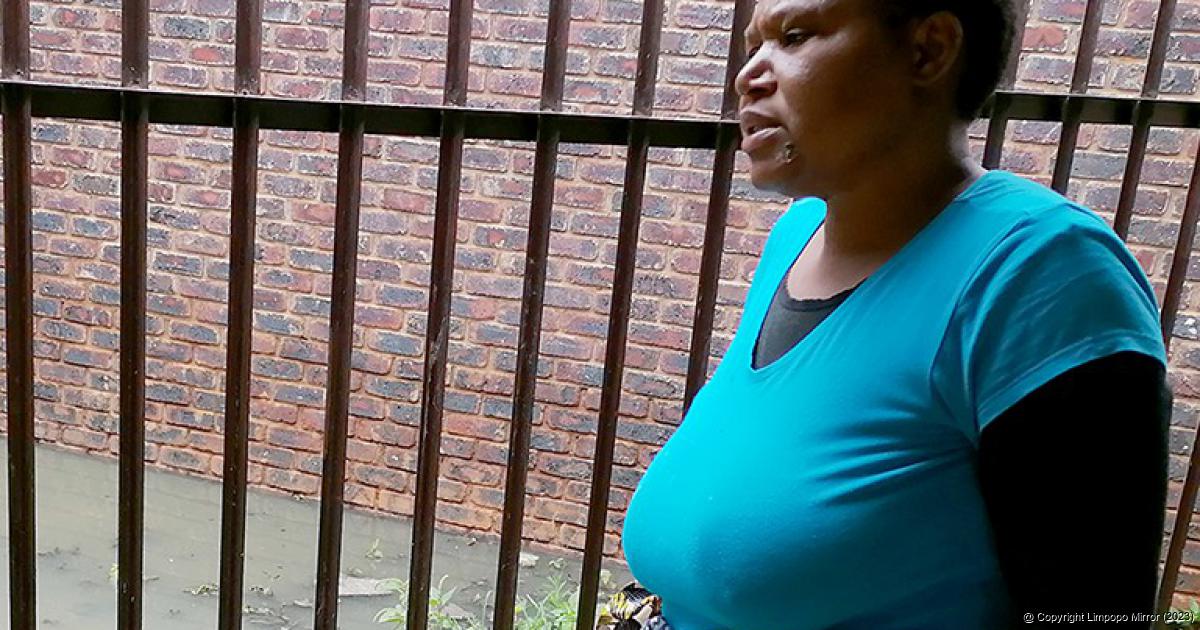 Sellina Shikuhele says the smell of the raw sewage also affects her health. According to Shikuhele, the blockage seems to be a couple of houses up from her own house. Photo: Bernard Chiguvare.

Where are the councillors? Where are Makhado Municipality’s workers?  These are some of the questions asked by Ward 2 Waterval residents who accuse the Makhado Municipality of failing to offer them basic services, such as the maintenance of roads, a constant supply of water and attending in time to burst sewerage pipes.

Limpopo Mirror visited the area on Saturday 18 December. “A shoddy job was done here, and I am sure the contractor was paid,” said Masheleni Lawrence Shirilele, a community member, while pointing at a washed-away tar road.

Though several houses are experiencing blocked sewage lines, Selina Shikuhele claims she is the most affected in the area. As one approaches her property, you are welcomed by the smell of raw sewage. She claims that she has called the ward councillor several times, but the problems have not been fixed.

“I have been in and out of hospital due to this smell. It affects me badly. When it flows into my yard at times, we pick up used disposable nappies and throw them away. We no longer can enjoy our stay at this place,” said Shikuhele.

Shikuhele said that this was not a new problem and that she had reported it before. The sewage started to spill over on 4 December and was reported on 6 December, but the problem has not been attended to.

According to Shirilele, residents have at times gone without running water from their taps for weeks. They then have to buy water from residents who own boreholes. “We are pleading with the municipality to fulfil the promises made during the run-up period to the elections. Councillors should regularly visit the area, checking how residents are living and to make sure everything is in order,” said Shirilele.

Instead of responding to our media enquiries, councillor Ronald Baloyi invited Limpopo Mirror to visit Ward 2.