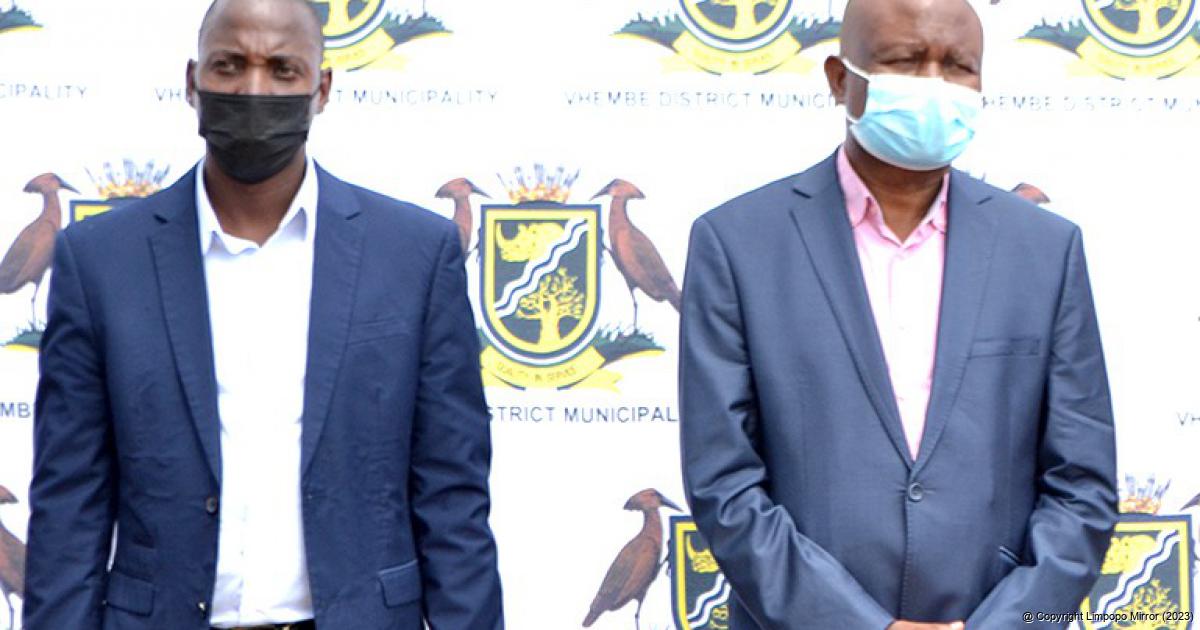 From left to right: The traditional leader of Maniini village, Vhamusanda Ndamulelo Mmbi, the executive mayor of Vhembe District, Cllr Dowelani Nenguda, and the children’s ambassador, Zwothe Ratshilumela, photographed during the Children’s-Rights Awareness Campaign, which was held at the Maniini All Black Sports Grounds on Friday, 10 December. Photo: Silas Nduvheni.

Children must report abuse so that the culprits can be arrested

“All children in our country have the right to better education,” said the executive mayor of Vhembe District, Cllr Dowelani Nenguda, during the 2021 Children’s-Rights Awareness Campaign held at the Maniini All Black Sports Grounds on Friday, 10 December.

“There is no reason for children not to be in school as the government has made provision for children whose parents cannot afford to pay school fees. Our district also has a mayoral bursary fund, and we urge Grade 12 learners to take advantage of the bursary and apply,” Nenguda said. He added that children had the right to report all forms of abuse, so that the culprits could get arrested and face up to their deeds.

Tebogo Raliphanda, the coordinator of Vhembe District’s Special Programme, said they felt launching the campaign was important as children should know their rights at home, as well as in the communities they live. He said they had invited various relevant departments, such as education, social development, and justice, among others, to allow them to speak to the children about their rights.

Many cases of rape at Maniini and other surrounding villages, such as Muledane, had been reported at the Thohoyandou Police Station, where some of the culprits have been charged.

In a recent case, the Sibasa Regional Court sentenced Murendeni Siliga (22) and Omphulusa Ramakuela (27) from Muledane village on Friday, 22 October of this year to life imprisonment for rape, five years for kidnapping and three years for robbery.

According to Zwothe Ratshilumela, child abuse can occur in schools, at home or even while playing with other children. She strongly advised abused children to speak up and report it to the police.

Vhamusanda Ndamulelo Mmbi said he was worried that his village was also labelled as a crime hot-spot. He encouraged young people in his village to get involved in sports, such as soccer and netball, and participate in cultural dances, such as malende, tshifasi and tshikona, to keep them busy after school.