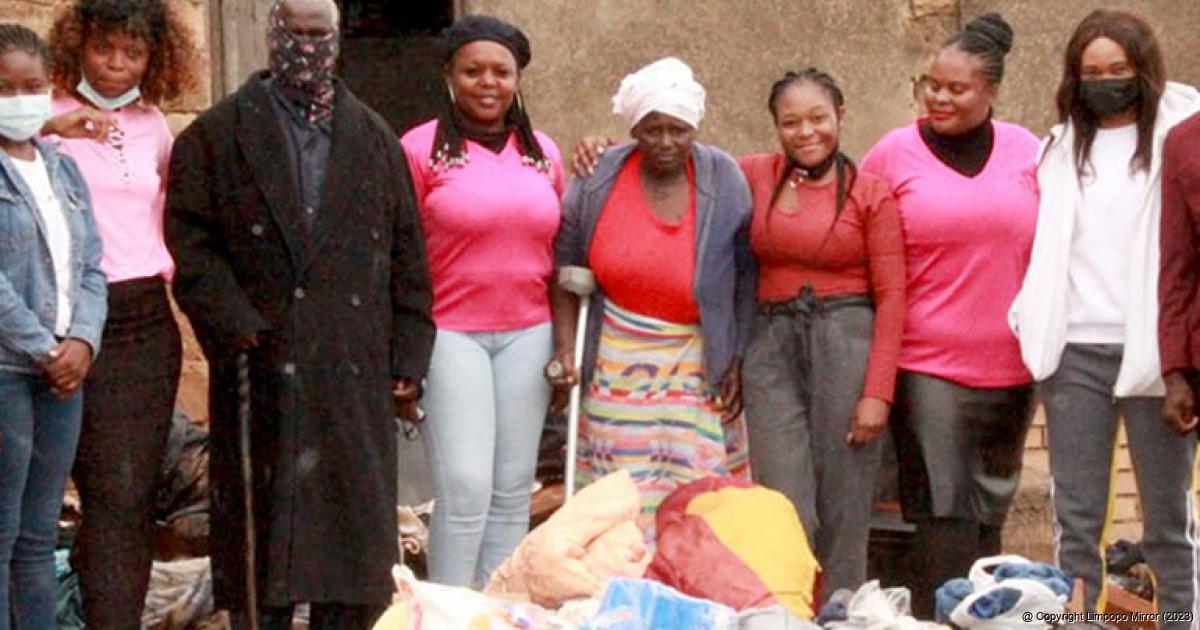 The Butali Group donated food parcels to the Mulaudzi family after their house and belongings burnt to ashes. Photo: Maanda Bele.

A ray of light for family after their house burns down

A local financial services company came to the rescue of a family in Tshitale who lost all their belongings when their house burnt down. Butali Financial Services Makhado offered to fix the house, so that the family can move in again.

For over 30 years, Florence Mulaudzi (62) sold magwinya at a local school at Ha-Mulima Tshitale village in order to provide for her family. She made a lot of sacrifices to buy furniture and appliances to make her three-room house a home for them.

Around midday on 16 November this year a passer-by alerted the family that thick smoke was coming from one of the rooms, and just like that she saw all her sweat and tears go up in flames.

She said an electrical fault had caused the fire. “After the fire, Eskom technicians came here and disconnected the electricity, leaving us with no electricity until today.”

Florence lives with her husband, who is also a pensioner, and their only son. The struggling family have difficulty to come up with the R280 for new ID cards, so that they can renew their SASSA cards as well, as everything they owned was lost in the fire. “We cannot afford to replace anything that was in that house. I worked so hard for so many years to buy everything that was in there.” she said.

The family members are currently squatting in one of the rooms that did not completely burn down.

The Mulaudzi house has become just another statistic among the many houses around Vhembe that have caught fire due to electrical failure.

Eskom’s customer relations manager in the Vhembe District, Mr Ntshavheni Nenguda, said, however, that the problem was that customers hired “unqualified” people to wire their houses. “Most houses are not protected from high voltage. The earth leakage does not trip when there is an electrical fault and that is what causes a fire,” he explained.

“Another problem is that people forget to switch off their appliances during load reduction.” This, he said, was important to remember. He said that Eskom could not do much more than to advise its customers to be extra careful during load reductions, and also when they hired people to work with electricity.

Mr Klaas Tshiluna, director at Butali Financial Services Makhado, visited the family after the incident and offered a helping hand. “We saw it fit to assist the family, even if we only have a little to offer. We are willing to fix the burned house to a condition they can live in it, but we request that those who may be able to assist in any way lend a hand as well - be it with cement, sand or anything else.” Tshiluna said they were working towards finishing the house before the end of January 2022.