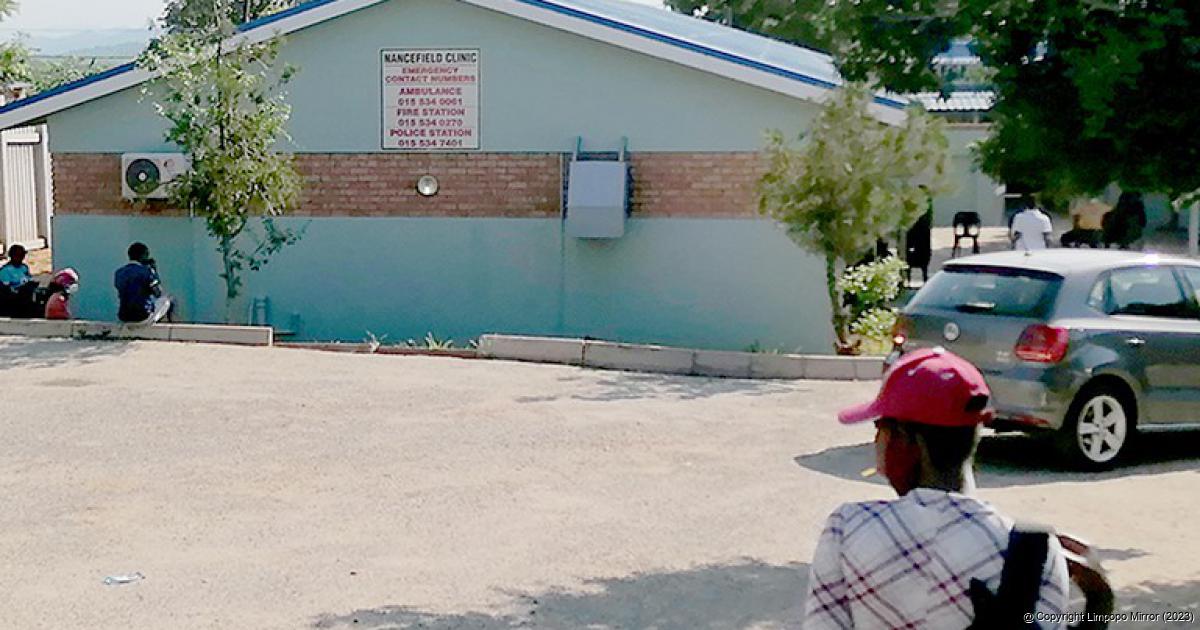 Adolf Choene rushed to seek help from the nurses at Nancefield Clinic to call an ambulance when his pregnant daughter started to go into labour. Photo: Bernard Chiguvare.

For the second time in only six months, the EMS services in Musina are being accused by local communities of being unreliable and uncaring towards people in need of medical attention. This follows an instance where the lack of urgency by the EMS service has allegedly resulted in the loss of a life.

At around 07:00 on Sunday, 12 December, Adolf Choene from Nancefield’s daughter went into labour. His wife stayed with their daughter while he rushed to Nancefield Clinic, which is situated close to where they live, to get help in calling an ambulance. “The nurses on duty told me to buy airtime, so I bought R20 airtime. They then tried to call the ambulance services, who only answered their phone after several attempts,” claimed Choene.

When they realised that the ambulance was clearly in no hurry to get there, he hired a private car and rushed to Musina’s EMS yard. “When I got there, I explained the urgency of my situation to one of the ambulance drivers, but he really showed no consideration and just slowly drove to my house without any rush. By the time we got there, the baby had already been born but died minutes later after coughing or choking,” said Choene.

Choene said that, if his daughter had been taken to hospital in time, a doctor might have been able to save the baby’s life. He expressed his deep concern over the poor and unprofessional services delivered by the Musina EMS staff. “Many such cases go unreported. We have witnessed this display of poor service delivery from Musina EMS services several times, where lives are lost as a result.”

In July this year, Limpopo Mirror reported on an incident where Rakgadi Alucia Maphaha, known as ‘Mama Africa’, died at her home in Nancefield. Rakgadi was very ill and when her brother, Stanley Maphaha, eventually got through to the EMS services (after several attempts) and asked them to send an ambulance, so his sister could be taken to hospital, he was told not one functioning ambulance was available. In the end, Stanley called a private ambulance service, but by the time they arrived, Rakgadi had already passed away.

In October, the Department of Health seemingly addressed the problem by availing two additional ambulances to the Musina EMS unit. One of the vehicles was to focus on Musina’s immediate communities, while the other one was to be utilised for rural areas around Musina.

But what the communities now want to know is, “what good does available, functioning ambulances do if the EMS staff do not answer emergency calls or work with a sense of urgency and compassion for people in need of medical attention?”

Local community structure Musina To The Front chairperson Peter Jack Mokgoli puts the blame squarely on the EMS drivers, whom he claims do not seem to take their jobs and residents’ calls seriously.

“I really thought that this poor ambulance service in Musina town has been dealt with. We had meetings with Musina’s station manager, the district, provincial managers, as well as with the heads of department at the Limpopo Department of Health, but it still does not seem to improve the situation. The EMS’s attitude towards their duty – which involves people’s lives - is shameful,” said Mokgoli.

Questions were sent to Limpopo Department of Health spokesperson, Neil Shikwambana, but he did not respond. Shikwambana has a record of not responding promptly to media queries. On 28 September this year, Limpopo Mirror asked him for comment after a child was found among the grass near Beitbridge. He never responded. On 15 November, a media enquiry was sent asking comment about specialist training for the province’s ambulance drivers. Yet again no response was received, even after follow-up inquiries were made. On 13 December, a media enquiry was sent to the department in trying to get comment on the allegations that the EMS services in Musina was slow to respond to emergencies. Shikwambana responded, “Noted”, but never came back to answer the questions.