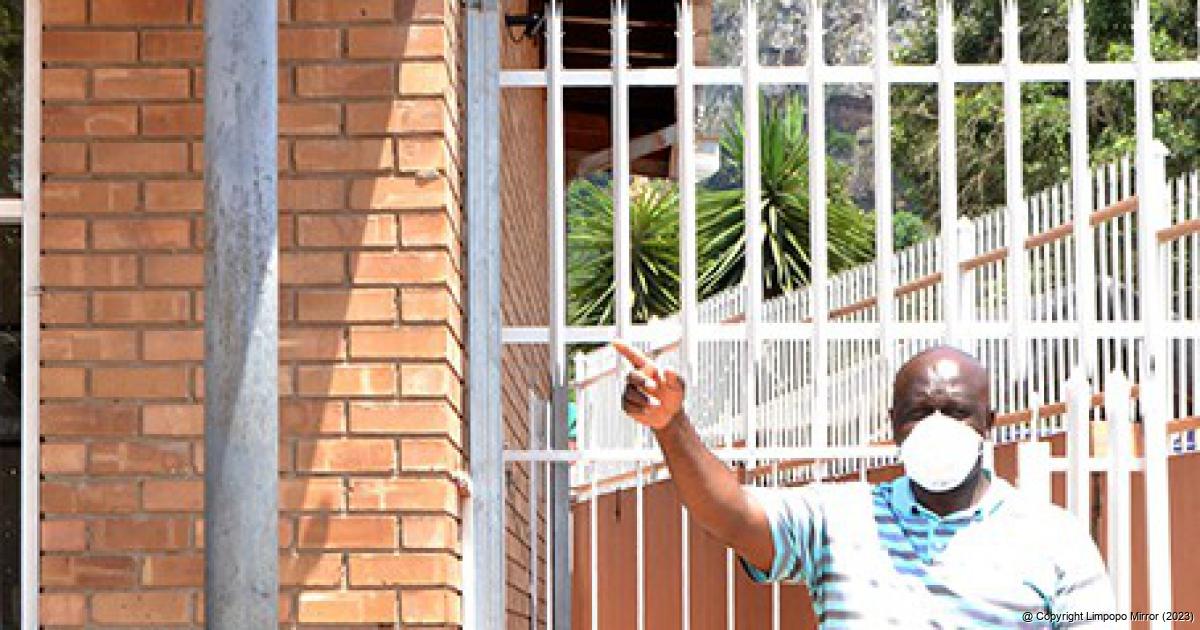 The owner of Mutale Plaza, Mr Thinandavha Mamidze, points to the spot where burglars broke into a business. Photo: Silas Nduvheni.

Mutale business owners say they are fed-up with crime

Business owners in Mutale are fed-up with the escalating crime in their area, and especially burglaries which, in many cases, result in their losing their businesses altogether because of the damage or losses they suffer.

Mr Thinandavha Mamidze, owner of the Mutale Plaza near Mutale police station, said that when he had built the plaza, the aim had been to benefit communities around Mutale and Niani who used to travel far as far as Sibasa and Thohoyandou to access shops, but burglaries and theft from the shops were becoming a nightmare for everyone.

The latest incident at his plaza was at a shop rented by Somalians. The tenants now threaten to pack up and go somewhere else because of the continuous burglaries and theft at their business. “Money and groceries from the shop get stolen constantly. Thugs cut holes in the building’s zinc roof to get access into the shops. No one is interested in doing business where crime is such a big problem,” said Mamidze.

He said that they reported these cases at Mutale Police Station, which is only a stone’s throw away from the plaza, but nothing ever came from it. “The police never make any arrests, even if we show them camera footage that reveals the identity of people breaking in and stealing from our shops. They shift the blame by saying that they do arrest the suspects, but that they are released in court because of ‘lack of evidence’ to link the suspects to the crime.”

Mr Tagess Jekdmo, an Ethiopian foreign national who rents a shop from Mamidze, said that he was hardly making a profit at this point with all the losses he suffered at the hands of criminals. He said he would be pleased if these thugs were arrested and charged for their crimes.

Limpopo police spokesperson Brigadier Motlafela Mojapelo admitted that many cases of burglary were currently occurring in the Mutale area and said that he would summon and deploy officers to patrol the area at night. Mojapelo made an appeal to the communities in and around Mutale to assist the police with information, so that culprits could be brought to book.