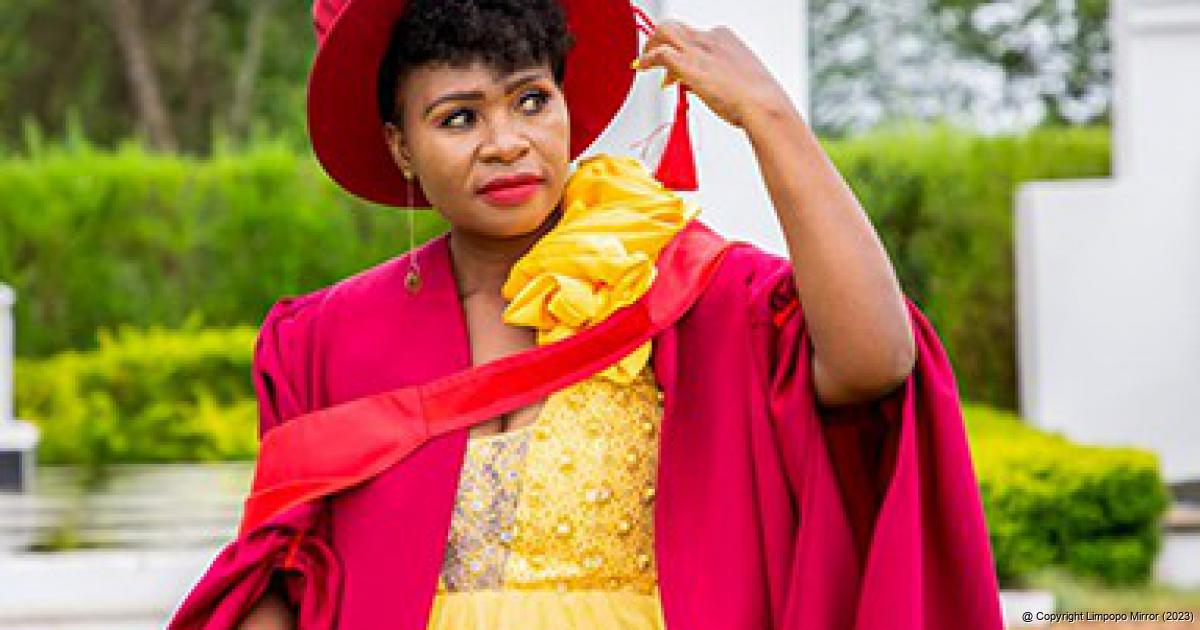 Mercy Masakona Madzivhandila graduated with a PhD in Music from the University of Venda. Picture supplied.

Mercy Masakona Madzivhandila has earned herself respect in both the music industry and academic circles after she graduated with a PhD in music from the University of Venda on Friday (19 November).

Her thesis is titled: A descriptive analysis of tshifasi – an ordinary African musicological study. She said that tshifasi was somehow overlooked by many people in relation to other cultural or traditional dances, and she chose to focus on that because she felt tshifasi should be included in the Department of Basic Education’s curriculum as a means of promoting South African indigenous music.

“There is more to tshifasi than meets the eye, that needs to be employed in society,” she said. “I am confident that my study has identified the social roles of tshifasi successfully.” She said tshifasi taught children to grow up with love, respect and care for fellow people and their nation.

Madzivhandila has a BMus degree, an MA in African Studies, and a certificate in music, all from the University of Venda.

Madzivhandila grew up at Lwamondo Tshifulanani where she was involved in musical activities where she sang alto. She currently resides at Zwavhavhili village in the Lwamondo area. In her musical career, she has taken part in the projects of fellow musicians such as Lufuno Dagada, Roxley Masevhe, Cairo, Malondolo, Mbilu Rapson Rambuwani, ICC Music Ministry, Devine Life Ministries Music Group, Naledzani Netshirembe, Lucky M, Itani Madima and Ndivhuwo Luvhengo.

Like many artists, her love of music became clear when she was a Sunday school child. She later joined the ICC Ministry Band under the leadership of Apostle (Dr) Maxwell Masakona. The band released two albums with Mercy as leading vocalist on most of the songs.