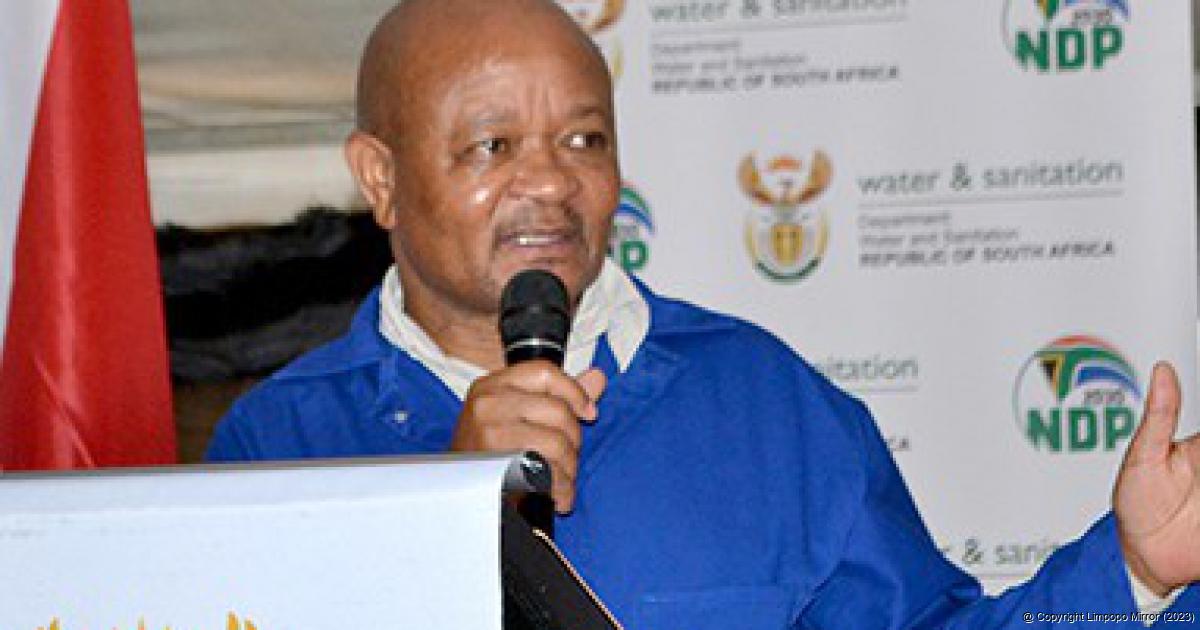 The Minister of Water and Sanitation, Mr Senzo Mchunu, promised to act against the previous board members of Lepelle Northern Water for recklessly overspending government funds that were supposed to provide communities with water, as soon as the Special Investigation Unit releases the final report in December. Photo: Silas Nduvheni.

According to the newly appointed chairperson of the Lepelle Northern Water Board, Mr Nndweleni Mphephu, the board and the Limpopo Department of Water and Sanitation will need R1 billion for upgrading the Nandoni Water Scheme and installing the pipelines from Nandoni Dam to Nsami Dam in Giyani.

Mphephu, who was appointed as the new board chairperson in August 2021, said that the Nandoni Water Scheme was currently operating at maximum capacity in serving villagers within the Vhembe District. Their ultimate plan for the scheme is to supply the Mopani and Capricorn areas also, and include their water services authorities.

According to Mphephu, the Nandoni dam, which currently only produces 60 megalitres per day, should be augmented to produce at least 220 megalitres per day to sufficiently provide clean water to the communities of Kutama-Sinthumule (bulk water supply) and Makhado town residents, as well as Giyani residents.

“The Department of Health is in the process of developing the new state-of-the-art Elim hospital, which is planned to be completed in three years’ time. It will require off-take from the Nandoni system, and we need to upgrade the water treatment scheme and install pipelines. To be able to do this, we require funding to the amount of R1 billion,” said Mphephu.

Mphephu and the Head of the Department of Water and Sanitation in Limpopo, Ms Lucy Kobe, made their presentation to the Minister of Water and Sanitation, Senzo Mchunu, accompanied by his two deputy ministers, David Mahlobo and Dikeledi Magadzi, on Friday, 19 November, during a media briefing held at the Nandoni Dam. Thovhele Nkhaneni Ramovha of the Mulenzhe Tribal Council and Vhamusanda Makwarela Mphaphuli also attended the event.

Ramovha said his communities had heard a lot of promises, but as yet seen no action from the government. However, he said that they would put their trust in Minister Mchunu and his deputy ministers, who had always engaged with their communities in the past.

“The Mulenzhe communities are still using water from boreholes, even though they live right next to the dam. We need each household to be connected to clean water, with their own taps in their homes,” said Ramovha.

Mchunu said they would do whatever it took to ensure that rural communities had clean water straight from the Nandoni Dam. He said the dam was not only built to supply water to communities in the Vhembe District, but also to cater for the Capricorn and Mopani District. They have therefore set aside funds to upgrade the water treatment scheme and the installation of pipes from the Nandoni Dam to the Nsami Dam in Giyani.

“We are troubled over the previous board of Lepelle Northern Water’s fruitless over-spending of R3.2 billion while the communities still have no water. We need the final report from the Special Investigation Unit (SIU), which is scheduled to be released in December 2021, and start to act seriously against those who misuse government funds,” said Mchunu.