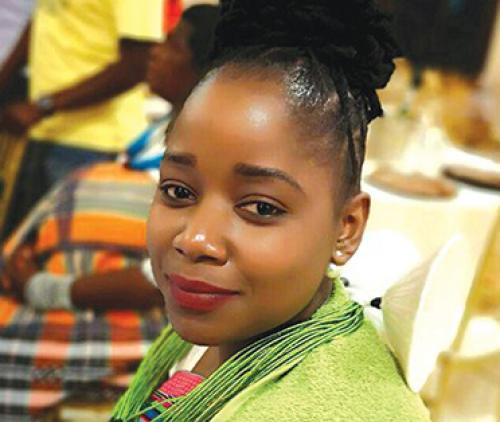 The setback last week in the Constitutional Court will not be a deterrent to the Mphephu-Ramabulana royal house and the members will soon gather to select a new incumbent. Princess Masindi Mphephu seems unlikely, however, to be the royal family’s choice to succeed to the throne.

Last Friday, the acting king of the Vhavenda, khosikulu Toni Mphephu-Ramabulana, suffered a devastating defeat when the Constitutional Court (ConCourt) dismissed his application to appeal against a previous ruling of the Supreme Court of Appeal (SCA). The SCA ruled in 2019 that his appointment by former president Jacob Zuma was done unlawfully and was set aside.

The ConCourt did consider a cross-appeal by Toni’s main contender for the throne, his niece Masindi Clementine Mphephu, to strip him of all his powers. The country’s highest court found that the SCA had erred when it allowed Toni to continue acting as king while the court case continued. The ConCourt not only reversed this decision, but also granted a cost order in favour of Masindi for all three courts that the case served before.

The spokesperson for the Mphephu-Ramabulana royal house, Mr Charles Ramabulana, said that both the ConCourt and the SCA had directed the family to call a properly constituted royal council meeting. Such a meeting must be attended only by members of the Mphephu Royal Council, and a new incumbent will then be selected. “Both courts were in agreement that the royal family were the only constitutional body that could make that determination.  The royal family will abide by that ruling and do as the court directed,” he said.

A point of contention that is likely to be raised during such a meeting is whether a ndumi can become the new ruler. In a report filed in November 2019 in the Limpopo High Court, both the provincial and national House of Traditional Leaders reckoned this could not happen. “The Ndumi is described as a male person appointed by the royal family as one of the assistants to the reigning King or Queen,” the report states. The two houses highlighted that Toni had been appointed as Ndumi to his late brother, Dimbanyika. “His appointment as Ndumi automatically disqualifies him from succeeding in a position of traditional leadership,” the report reads.

Ramabulana reckons that this is not correct according to the culture of the Vhavenda. “King Thohoyandou was a Ndumi to his brother, king Masindi. Upon Masindi's untimely passing (with no candle bride/Dzekiso wife), Thohoyandou succeeded Masindi to become King. This being just one of many examples. Both houses are wrong on this aspect of Venda culture,” he said.

One aspect that was emphasised by the judges in both the SCA and ConCourt was that traditional law must adapt in line with the country’s constitutional values. This is especially relevant in Masindi’s case, as she believes she was discriminated against because of her gender.

“South Africa subscribes to the Roman Dutch law, and that law will at times be at odds with African traditional law, and that needs to be rectified,” said Ramabulana. “There are royal houses that are gender specific (i.e. the Modjadji Royal House) where only women can ascend to the throne. When the situation is reversed, then we cry foul. Discrimination in itself cannot be unconstitutional,” he said.

Ramabulana’s sentiments are, however, not shared by Masindi Mphephu and her legal team. Her lawyer, Johann Hammann, started early this week with preparations to have the case heard in the Limpopo High Court. The first step is to arrange a pre-trail meeting with all affected parties.

Hammann said that they already had their expert witnesses lined up. These witnesses will testify as to what the Vhavenda cultural traditions prescribe, especially regarding aspects such as a dzekiso wife. He firmly believes that Masindi is the target of gender discrimination. “If Masindi were a man, there would have been no argument and she would have been the ruler,” he said.

Mr Ntsie Netshitomboni, spokesperson for the Masindi Mphephu Foundation, said that Friday’s judgment once again restored confidence in the independence of the judiciary, constitutional supremacy, and the rule of law.

“Although in her (Masindi’s) nine-year battle there have been a few setbacks, she continues to be proud of the judicial integrity expressed by the courts thus far,” he said.

Netshitomboni said that they were also glad that the ConCourt had granted a cost order. “Princess Masindi has largely depended on Legal Aid for most part of her legal costs. She is equally grateful that her Senior Counsel, Advocate Allan Dodson, and Attorneys of Record, Johann Hammann, have been doing all the legal work without her ever placing a cent at their disposal. Gratitude is also befitting for Advocate Mpofu, who also contributed to some of the major legal victories along the way in similar spirit. The cost order relieves the Princess of some financial uncertainty with respect to the legal fees,” he said.

Netshitomboni said that the rulings of the two courts had provided guidance that all parties should take serious note of. “It has now become abundantly clear that the direction the matter is taking is irreversible. The final destination of this matter is slowly appearing on the horizon,” he said.

He said that princess Masindi’s wish was that an amicable way could be found to resolve the issue as well as a way that would maintain the pride, dignity and prestige of the Mphephu-Ramabulana Royal Family. “It is not too late to do the right thing and allow her uncle to gracefully leave the throne and avoid further divisions in the family,” he said.

“Whilst the princess’s legal team remains open to discussions, work will begin immediately to get the matter enrolled with the High Court in Thohoyandou. In the interest of justice, the princess trusts that it would not be another nine years for the matter to reach its final conclusion,” he said.