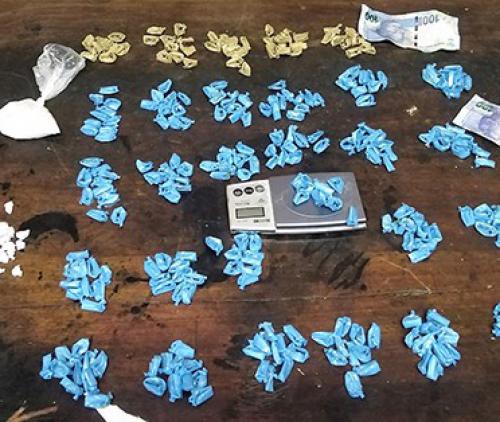 By Monday this week, the Limpopo police had already arrested more than 3 000 suspects as part of their provincial festive season operations, which kicked off on 4 November.

During this period, the provincial police made two major breakthroughs. They are the arrest of a 34-year-old man, dubbed the Facebook Serial Rapist, in Tzaneen for 16 counts of rape, and the arrest of alleged serial killer Themba Dube (36) on seven counts of murder after the bodies of seven women were found dumped at different locations around Polokwane.

During these operations, police confiscated a large amount of illegal cigarettes, 90 dangerous weapons - including 64 knives - 580 grams of dagga, 10 grams of crystal meth, 188 grams of nyaope, 21 firearms, 24 grams of cocaine and 11 motor vehicles suspected stolen or robbed.

Provincial police commissioner Lieutenant General Thembi Hadebe has welcomed all the arrests made during these operations and has thanked community members for continuously assisting the police in the fight against crime. The arrested suspects will appear in various courts across the province.