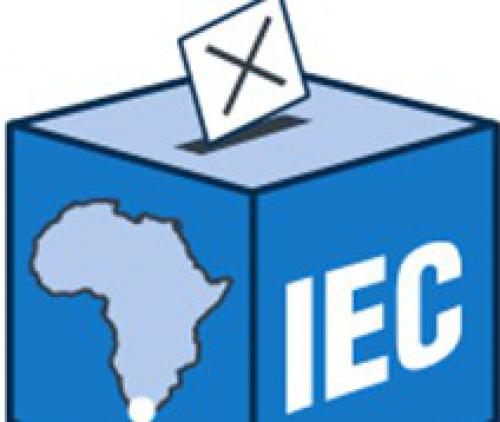 ANC dominates election, but independents on the rise

Last week’s local government elections caused no major upsets as far as the political balance in the Vhembe region is concerned, but it did cause some ramblings within the opposition political parties. Many of them lost support, while a select few scored surprising victories.

It was an election marked by a much lower voter turnout for all parties except the ANC. For some strange reason the ANC’s supporters arrived in almost exactly the same numbers as during the 2016 elections. One theory is that this trend reflects the strong grip that the ANC has on the traditional leadership in the Vhembe region.

Shortly after the elections the spokesperson for the Able Leadership (AL) party, Mr Lucas Magadagela, complained about the manner in which traditional leaders allegedly coerced their subjects into voting for the ruling party. “That is completely out. Democracy allows people to be individuals,” he said and condemned instances where voters were given regalia and influenced not to vote freely.

The Economic Freedom Fighters (EFF) are still the official opposition in this Council, albeit with only two seats. The party could only lure 18 465 votes, compared to 2016’s 26 237. The Democratic Alliance (DA) and the Pan Africanist Congress of Azania (PAC) each won one seat. The PAC actually received about 600 more votes than in 2016, but it was not enough for more than one spot on the council.

Dunani Baloyi, spokesperson for the EFF in Vhembe, was clearly disappointed with the results. “We didn't perform good during the local elections. It happened because people didn't show up for the polls,” he said. He said that the many independent candidates that contested the elections also had an influence on the EFF’s performance.

“In the next five years we’re going to hold the ANC accountable and we will make sure that the governing party deliver services to our people. There is nothing new that the ANC will do for our people. They failed to do anything in the past 27 years, what difference will they make now? As EFF we will continue to expose their shenanigans,” he said.

The DA holds on to its title of being the official opposition, but the party could only secure five seats, with less than 7% of the voters putting their crosses next to this party. In 2016 the DA won nine seats.

The EFF also lost two seats, going from seven in 2016 to five this year. The party collected only 4 168 ward votes and 4 515 votes for proportional representation (PR).

The remainder of the seats went to the African Christian Democratic Party (1), The African People’s Convention (1), the International Revelation Congress (1) and the Vryheidsfront Plus (1). The Vryheidsfront Plus surprised by taking seats in both Makhado and Musina municipalities. The general consensus is that the party played their cards well by putting up a candidate in all wards. Knowing that the candidate would not likely be elected, it did allow them to collect all the isolated votes in wards which helped them to gain a PR representative.

The DA’s Ward 8 councillor, Pierre Smalle, said that he is disappointed with the voter turnout in the more rural wards. He was, however, satisfied with the support from the town residents. “The DA remains the official opposition and we remain committed to combat maladministration,” he said.

Smalle said that his aim is to immediately start focusing on the backlog in the establishing and maintenance of infrastructure. “We plan on working together with the business sector to address the burning issues,” he said. The DA also plans to push that funds be obtained from the provincial and national governments for various projects.

The ANC made a clean sweep in Thulamela, winning all 41 wards. The party also managed to do this in 2016. As far as total seats are concerned, the ANC increased its majority by winning 71 of the 81 seats (compared to 2016’s 64 seats).

The EFF is still the official opposition in this Council, winning four seats. In 2016 the party had eight representatives in Thulamela. The DA also halved their representation, winning only two seats compared to 2016’s four.

One seat each now belongs to the International Revelation Congress (IRC), the ACDP, The African People’s Convention (APC) and the PAC.

The IRC’s spokesperson, Mr Khakhathi Tshisikule, said that they are satisfied with the outcome, because they managed to secure seats in both Makhado and Thulamela municipalities. He said that they are tired of the “ANC’s propaganda which promises jobs for all during elections” which ends up with them giving jobs to their card-carrying members only.

“We believe the ANC government is cursed. The ANC needs help and our country also needs to be saved from the ANC 's sinking ship,” said Tshisikule.

The battle for votes was quite intense in this municipality, but it also reflected the internal battle within the ruling party. A number of ANC members, who did not make it onto the ANC’s list of candidates, stood as independents. The ANC’s list of candidates was severely criticised, as it seemingly did not reflect the will of the various communities. The list also contained the names of several “tainted” people, who are accused of corruption.

As it stands the ANC won 55 of the 70 seats, compared to the 60 seats in 2016. The official opposition is the EFF, with seven seats, one more than in 2016. The DA and Able Leadership (AL) each won two seats.  The other parties that each won one seat, are the ACDP, the APC, the Know Your Neighbour (KYN) party, the PAC and the Ximoko Party.

The president of the KYN party, Munarini Thanyani, said that for them, as a newly formed party, it was a learning experience. He said that they are satisfied by winning a seat on the Collins Chabane Municipality. ”Our role in council would be to ensure that the council delivers as per mandate given to it by the voters of this country,” he said.

Thanyani said that councillors should stop turning councils into a battlefield and they should not enrich themselves at the expense of ordinary people. “There is a lack of understanding that once a group of people are being elected in public office, they are expected to serve the public as a legislative body not as  political parties, because a council is a legislative body. Once the council is sworn in, it becomes a governing body, and political party issues should not feature again. KYN will fight to see that South Africans gets what they voted for,” he promised.

Even in this much smaller municipality the dynamics stayed much the same. The ANC increased the number of seats it holds from 18 to 19. The role of official opposition is still shared by the EFF and the DA. In 2016 both parties won three seats each, but this was no reduced to two seats each.

The Freedom Front Plus surprised by winning a seat on the proportional representation, which means that a new party will feature in this municipality for the next five years.

The voter turnout in Musina Municipality dropped, as was the case in most parts of the country. In 2016 the total valid votes (Ward and PR votes) stood at 47 154. Last week the total votes came to 40 669.

The ANC’s spokesperson in Vhembe, Tshifhiwa Dali, assured residents of the region that the ANC will not abuse its majority in the various councils. He said that their strategy will be to consult with the other parties to assist in unblocking service delivery challenges.

“All our councillors are expected to conduct monthly meetings to brief our communities on the progress report on the acceleration of service delivery. Our success is also based on the priority list of the non-negotiables, such as health care service, reducing crime and also fighting poverty,” said Dali.