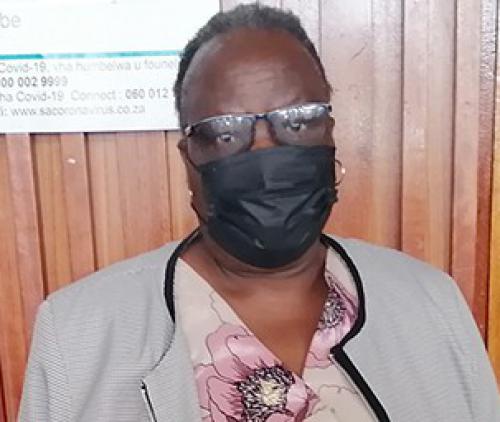 Evelyn Tsila Ringani says she did not know that anyone was allowed to collect medication from health-care centres during levels 4 and 5 of the lockdown. She is one of the senior citizens who attended the Vhembe District Older Persons Parliament last Wednesday.

Life was tough for Vhembe's senior citizens during hard lockdown

The restrictions during lockdown levels 4 and 5 made life exceptionally difficult for many senior citizens in the Vhembe District, as they could not bear the long queues experienced everywhere, including at shops to buy food, and hospitals and clinics to collect their medication.

Limpopo Mirror spoke to some of the senior citizens who had attended the District Older Persons Parliament on Wednesday 27 October, at the Vhembe District Council Chamber.

Nkhensani Mashimbyi (69) has been taking chronic medication for hypertension for three years now. She explained that she was so nervous about moving around because of all the warnings about the virus that she was too afraid to collect her medication from Clicks at Elim. “I spent almost three months not taking my medication. It was a nasty experience, but at last I had to send a neighbour to collect it for me. But sometimes the chemist would not allow the neighbour to collect my medication on my behalf, so it was a difficult time for me,” she said.

Mashimbyi is from Waterval, an area outside Louis Trichardt town, and lives alone. During levels 5 and 4 last year, a limited number of shoppers were allowed in a shop at a time, resulting in snaking queues in many areas. Because of Mashimbyi’s health status, she could not wait hours in queues and had to send a neighbour to buy her groceries. “I decided to send a neighbour, but every trip cost me R50,” said Mashimbyi.

Evelyn Tsila Ringani (68) from Riverplaats village is also on chronic medication. “I did not know that we were allowed to go to clinics, so I did not collect my medication. I was very sick for nearly two weeks,” said Ringani.

Jabulile Mohlouwa, a social work policy manager, said some misunderstanding must have occurred as anyone on medication was allowed to visit hospitals and clinics to collect medication.

Water challenges were also a great concern in some areas. According to Moses Shibambu, acting spokesperson for the Vhembe District Municipality (VDM), water was supplied to all these areas, including Riverplaats. He said the VDM had received additional trucks from the Department of Water and Sanitation and that water tanks had been sent to areas with water shortages.

The villagers, however, disagree. “Under normal circumstances we buy water from people who sell water around our community, but during the lockdown restrictions, these people stopped driving around. We had to collect water from a river,” said Ringani.