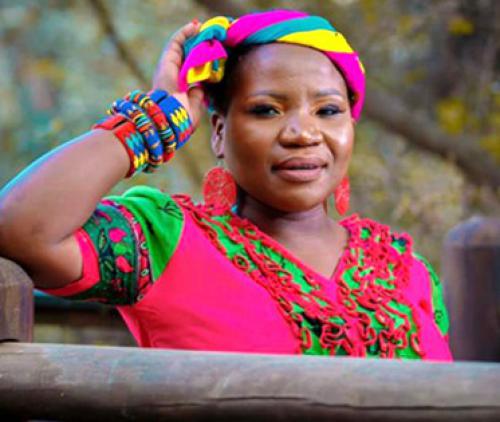 The air is still not clear between well-known academic Dr Ntavhanyeni Sampie Phaswana and popular Afro-queen singer Ndivhudzannyi “Makhadzi” Ralivhona. Makhadzi failed to pitch up for an event organised by Phaswana last month and seemingly also failed to reimburse him in full after he had paid her fees upfront.

Dr Phaswana, who runs Bo die Krans Lodge, initially expressed his disappointment in an open letter after he had prepaid Makhadzi R55 000 for the performance. The show was held as part of the official opening of Bo die Krans Lodge in Mukondeni village, and Makhadzi was supposed to arrive and perform at 22:00.

Makhadzi did not pitch up for her eagerly awaited performance. The event came and passed, and Dr Phaswana, after trying many times to reach the artist on her phones, decided to give the artist some more time, thinking that she would get back to him, which did not happen. “I tried to contact her, but she neither picked up nor returned my calls,” he said. “I realised that, after I had paid her R55 000, the only way to reach her was through an open letter.”

Before the newspaper carried the previous story, Makhadzi and her management, Open Mic Productions SA, were afforded ample time to comment. Makhadzi didn’t bother to answer media inquiries, while her management’s representative, Mr Brenden Maseko, merely told the journalist to tell the “promoter” (Phaswana) to call him.

However, after publication, Makhadzi sent Phaswana a WhatsApp message: “Kindly please give me your account number I will send half of the amount and the last payment will be made month end. I didn’t know that your event was planned to tarnish my name ..... I am really sorry for not coming ..... god bless you.”

However, Phaswana felt shocked and disturbed by Makhadzi’s utterances that his “event was planned to tarnish” her name. “This statement that my event was meant to tarnish Makhadzi's name is misplaced,” he said. “It is evoking anger from within. She cannot say that on the same line with her apology. No!”

Another message from Makhadzi reads: “I wish if you can also tell newspapers that I gave you your money .. and market your place more by tarnishing my name. You are too hurtles (sic)...  I am disappointed ????.... I was lucky cz no one stopped Booking me .. iam stl getting bookings even after you tried to tarnish my name. Your wish was to see me suffering so that I can suffer with hunger while you are feeding your family... instead of knowing what waiting to my side of story you rushed to newspapers, cz your plan was to put me down.”

Meanwhile, Makhadzi, in her messages to Dr Phaswana, claims that she had arrived at the event venue and found that the gates were closed for good. As such, she felt that Phaswana should rather reimburse her R5 000 spent on travelling to the venue.

Phaswana does not agree with Makhadzi’s statements, saying that those were merely tactics for not wanting to pay him back the full amount. He further claims that, some months prior to the event, Makhadzi had arrived with her team and used some rooms without paying, and that as such she owes the lodge R900 for accommodation.

So far, Makhadzi has repaid R25 000 of the amount, promising to pay another R25 000 before the end of October. On 25 October, Phaswana said that Maseko had called him and promised to settle the outstanding debt. However, by Tuesday this week, he had neither received the money nor any communication from Maseko.

Mr Maseko was contacted for comment, but no response came through.