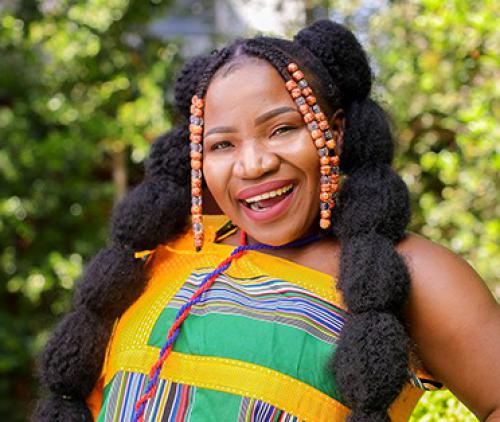 On Heritage Day, Makhadzi treated her fans on social media by wearing nine different outfits, each depicting a different culture. She posted the pictures of herself dressed in the traditional outfits and captioned each picture in its native language.

Popular singer Makhadzi, the “African Queen”, is involved in yet another controversy and is being accused of being a “no-show” at gigs. She was supposed to perform at the Bo die Krans Lodges in Biaba and Mukondeni village on Saturday but never pitched and did not apologise for not honouring her commitment either.

Dr Ntavhanyeni Sampie Phaswana, who runs Bo die Krans Lodge, expressed his disappointment after he prepaid Makhadzi R55 000 for the performance. The show was held as part of the official opening of Bo die Krans Lodge in Mukondeni village, and Makhadzi was supposed to arrive and perform at 22:00.

Phaswana, who started planning his event well in advance, paid the 50% deposit to Makhadzi on 20 December 2020, when R27 500 was transferred directly into her account. On 24 December, another R7 500 was paid, with the remainder of the fee paid before 18 September this year.

The event, which was well marketed, was scheduled to take place on Saturday (25th), but Makhadzi did not pitch up for her eagerly awaited performance. The event came and passed, and Dr Phaswana, after trying many times to reach the artist on her phones, decided to give the artist enough time, thinking that she would get back to him, which has not happened to this day.

So, he decided to pen an open letter, in which he severely reprimands the artist.

“I am writing to you because you did not only wrong me but your family and residents of your home-village Mukondeni,” writes Phaswana. “There are many local people who only see you on TV and hear about you on radios. They wanted to walk to Bo die Krans Lodge and support one of their own. You disappointed them.”

Phaswana says that, as if that were not enough, Makhadzi has not shown any remorse for what she had done to his business and reputation. “You did not call me to apologise,” he says. “At 25 years, you are the same age as my second-born daughter. It is therefore not desirable for me to be fighting with you. I am your father whose business you want [to see] destroyed by angry fans because you think rural Mukondeni people do not matter.”

He further states he feels appalled by the fact that when he visits Makhadzi’s mother’s home, he can hear some people say that he used Makhadzi’s name to market his business by indicating that she would be among the 15 artists who came to perform on 25 September.

“They see me as this cruel, treacherous, heartless old man without principles,” he stated.

He then writes: “Makhadzi, you are famous. You are trending. You are popular, yes; but I cannot pay you R55 000 to be telling the public that you are coming to Bo die Krans Lodge to perform, and [then] you didn’t. This is wrong.  This will damage your reputation as an artist. A good name is a result of integrity, character and reputation.”

He says that Makhadzi should learn to beautify her tongue with truthfulness and adorn her soul with the ornament of honesty.

Meanwhile, Makhadzi was contacted for comment but, unfortunately, she did not bother to respond to a media inquiry sent to her WhatsApp number.

Makhadzi’s marketing manager at Open Mic Productions SA, Mr Brenden Maseko, did not answer the media questions that were sent to him. When he was called, he told the journalist to tell the “promoter” (Phaswana) to call him. “Ask the promoter to call me,” he said. “I mean, everyone is out there trying to taint Makhadzi’s name. Lots of people are lying about her. I don’t know why they are doing this. This is not good.”