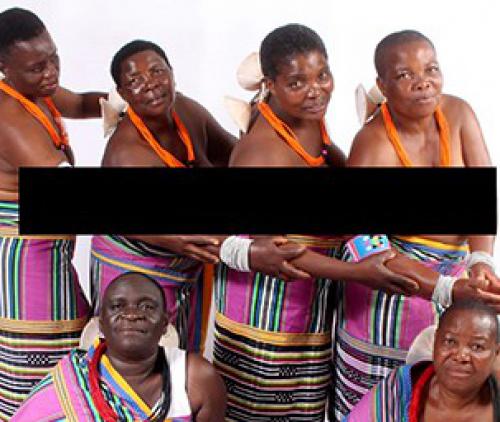 'The sun will rise again over our country'

During a time when people around the world are either still battling to keep their heads above water or are gradually recovering from the challenges brought about by the Covid-19 pandemic, finding people who still insist that the sun will rise again is heart-warming.

Elelwani Julia Nemakhavhani and the Zwiakonadzea Group, a music ensemble based in Makwarani village, are such an inspiring group of ladies who share their optimism about a brighter future, just in time for the National Heritage Month celebrations.

“We are women who care for and love our nation, and we pride ourselves on our African cultures, whether it be Tshivenda, Xitsonga, Sepedi or others within the country and around the continent,” said Nemakhavhani.

She added that, despite Covid-19, people should continue to appreciate the gift of life that God gives us. Without appreciation, she said, people tend to worry more as a result of the social pressures they are faced with.

She is the founder and lead singer of the Elelwani Julia Nemakhavhani and Zwiakonadzea Group. “We sing about Covid as well and call upon God to intervene by gracing scientists with the wisdom to come up with a solution to this global pandemic.”

This music group also sings beautiful songs about the importance of maintaining one’s heritage through cultural dances and various art forms. “We need to focus more on ploughing mealies and other grain-based produce in our own fields and yards, and make our own mealie meal - without all the modern preservatives,” she said. “We were fortunate last year that the Creator opened the heavens with abundant rain. We were able to till the land and had such a good harvest.”

“Our music is malende,” Nemakhavhani said. “We sing and dance in a way that our fans’ eyes are kept glued on us.”

Tangulani was recorded at Mphagani Recording Studio. Those interested in performances and albums by the group can call Mr Mphaga Mbangiseni on Tel 071 411 3871 or 072 400 0875.