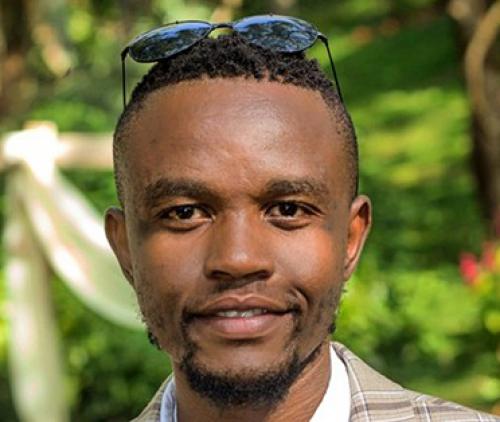 Univen PhD graduate in US on post-doctoral fellowship

Chakafana, who grew up in Masvingo in southern Zimbabwe, is a protein biochemist whose research focuses on the role of proteins in signalling pathways associated with the progression of diseases.

“I knew right from my time in high school that I wanted to pursue a career in life sciences,” he said.

Dr Chakafana, who obtained his PhD in Protein Biochemistry in September 2020 at the University of Venda under the mentorship of Prof Addmore Shonhai and Dr Tawanda Zininga, said that he specifically joined the Protein Biochemistry and Malaria (ProBioM) research group led by Prof Shonhai.

“ProBioM mostly focuses on the role of heat-shock proteins in the development and pathogenicity of malaria,” he said. “Some aspects of my PhD work were conducted at the Protein Structure and Function Research Unit based at the University of the Witwatersrand.”

Just after submitting his PhD thesis, he was offered a position at the Cape Heart Institute within the Department of Medicine at the University of Cape Town, where he worked under the mentorship of Prof Karen Sliwa, who was the President of the World Heart Federation at the time.

In March 2021, he was invited to an interview for a post-doctoral research scientist position in Cardiovascular Proteomics with Stanford University in California, USA. He said the interviewers requested him to present a summary of the PhD research work he conducted at the University of Venda. He then contacted his PhD mentors, who were happy to assist him with preparations for his interview.

“I am extremely grateful for the coaching provided by both Prof Shonhai and Dr Zininga in preparation for my interview,” he said. “A few months down the line, I landed in the Silicon Valley in USA to begin my new position at Stanford University. My stint at the University of Venda was indeed crucial in deciding my current career trajectory.”

At Stanford University, Chakafana will apply his skills in protein biochemistry to study the role of signalling proteins in the development of heart failure. The ultimate goal of this research is the identification and development of novel drug interventions against heart failure.

“I feel motivated to commit my attention to this noble and rewarding area of study,” he said. “My experience in our humble ProBioM lab at the University of Venda has taught me that great science can happen anywhere. The training I received during my PhD opened doors for me on an international stage, and now I am privileged to be working at one of the best labs in the world.”