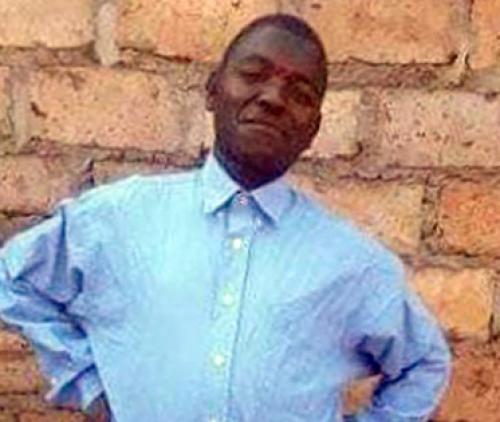 Khumbelo Mabala (27) of Ha-Tshikhudo in Dzanani has been missing since May this year. His family members are still searching for him.

Five months later there is still no news about Khumbelo

More than five months have passed since Khumbelo Mabala (27) went missing at Ha- Tshikhudo in Dzanani.

Local police, community members, the South African Youth Against Crime (SAYAC), and other structures have combed the Tshikhudo mountain several times since May this year in search of the missing man, but with no luck.

Last month, his clothes were found on the mountain, adding to Khumbelo’s concerned family’s pain. Not giving up on their search, community members and SAYAC went on a searching spree again last week and found a rockpile that looked like a grave not far from where the clothes had been found.

The members of the search party were quick to separate the stones, with the hope that they might find something that could link them to Khumbelo, but still found nothing.

Khumbelo’s mysterious disappearance has ignited a feeling of foreboding among the residents of Tshikhudo village, who fear that it might be related to a ritual murder.

Tshifhiwa Mudau, one of the residents, said that he longer felt safe and was afraid that he could be the next victim. “I have known this village to be very peaceful. Issues like people disappearing without a trace is something we hear only on the radio; something that happens to other villages, not here in Tshikhudo. Now we fear to go out at night because they might also take us,” Mudau said.

Khumbelo’s mother, Catherine Tshikumbana, said that the last time she had seen him was when she had left the house to do some odd jobs at a nearby village. She had told him that she was leaving for work, and he had promised her that he would not leave the house. “He said that I would find him home as usual when I knock off from work. But when I returned home later, he was nowhere to be found. I am so worried about him,” she said.

The family reported him missing the following day and have been searching ever since. “What could he be wearing, what is he eating and where is he sleeping as we speak? We had hoped to find him alive, but now chances are almost zero. What makes matters worse is that we probably won’t even find his remains if he is dead. How can we give him a decent funeral without his remains?”

The Siloam police appealed to anyone who might have information regarding Khumbelo’s whereabouts or what may have happened to him to contact the investigating officer or their nearest police station.