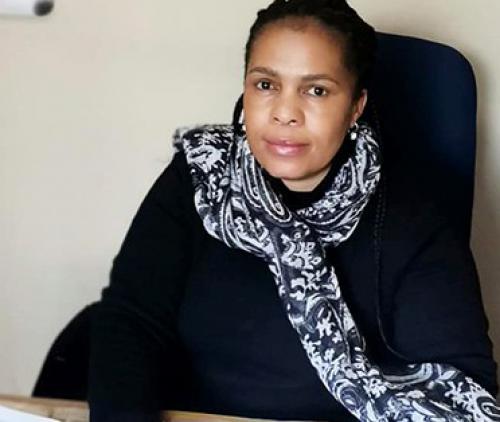 Sergeant Selolo is no ordinary 'Woman in Blue'

Sergeant Chuene Rachel Selolo is based at the Polokwane Family Violence, Child Protection and Sexual Offences (FCS) Unit - a crucial unit that offers specialised investigations to women and children who are victims of crime. However, she is no ordinary ‘Woman in Blue’. Over the years, she has championed the course of victims of gender-based violence by intensively investigating their cases and ensuring that the perpetrators are sent to long-term imprisonment.

This 47-year-old wife and mother of three certainly deserves a pat on the back.

Selolo has been a police officer for 16 years and her efforts have not been in vain. She has even been complimented by the province’s top cop herself - Limpopo Police Commissioner Lt General Thembi Hadebe - who described her as one of the most remarkable, courageous and dedicated female detectives in the province.

She joined the police in 2003 and was transferred to the FCS Unit in 2007. She holds a degree in psychology, which stands her in good stead, taking into account the trauma she faces in her daily work. With more than 10 years of experience as an investigator, Selolo is recognized for her consistent and effective investigations that have sent dangerous rapists to prison for a long time.

One of the cases she would not likely forget, is the Botlokwa case. Serial rapist Robert Makgolobotho was sent to life imprisonment for three separate cases and an additional 10 years for a reign of terror that started in 2015.

“This was not an easy case and took two years to crack, as the suspect was unknown. There was no information about the perpetrator because the incidents all happened at night. I never gave up, though; spent sleepless nights studying the modus operandi of the suspect and finally cracked the case,” Selolo said.

Her outstanding detective skills have ensured that five other rapists were sentenced to life imprisonment. “I love children. I am determined to fight and prevent crimes against women and children and ensure the perpetrators are brought to book. What also gives me courage every day is seeing the victims of the heinous crimes we investigate who believe in the police to bring them justice, and ultimately restoring the communities’ confidence in the police and the law,” she said.

She encourages young people to follow their dreams and passions, no matter the odds.