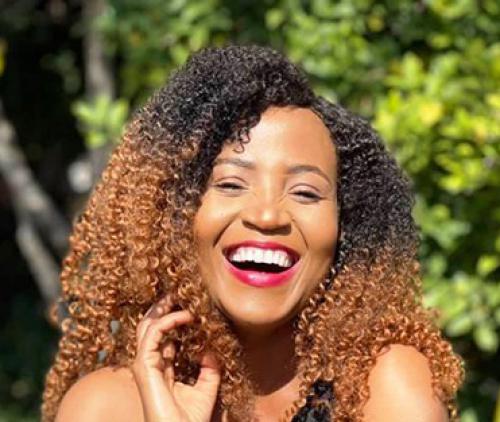 'Please don't use my good name to scam people'

Actress Millicent Makhado, who has graced many TV soapies and dramas through the years, became the target of an unscrupulous fraudster who wanted to use her name to swindle money from her unsuspecting WhatsApp contacts.

The contact, whose details were supplied to Limpopo Mirror, masqueraded as the talented actress, communicating with possible targets. The person introduced herself/himself as Millicent Makhado and then proceeded to ask for a R1 200 loan, promising to return it the next day.

“Several persons alerted me about the possible fraud,” said Millicent, who featured in TV dramas such as Scandal on eTV (as Pretty), Muvhango (as Agnes Mukwevho), Makoti (SABC 1) and Guilt (SABC 2).

Millicent, who originally hails from Madombidzha village in the Sinthumule area, later suspected that the fraudster might have selected some contacts from a WhatsApp group that she had created to share job opportunities with people who had joined it for that very purpose.

“The fraudster insisted that the funds be sent via e-wallet or instant cash voucher,” said Millicent. One of her friends, however, became suspicious and told the scamster that he/she must rather supply banking details. “The fraudster said that his/her bank account had just been closed,” Millicent explained.

From the WhatsApp chats made available to Limpopo Mirror and shared on Millicent’s social-media platforms, one woman requested the insistent fraudster to then supply an alternative bank account, even of his next of kin or friend, so she could deposit the money into it, but the fraudster failed to do that.

“That’s when the woman knew exactly that it was not me, and that someone with evil intentions wanted to rob her,” Millicent said. “She then alerted me. Yoh, I was so disturbed in the spirit. This is not the time to create more problems for people, especially when we are faced with so many social challenges, which include unemployment.”

Millicent made a public call for people to always watch out for scammers. She also warned scammers to refrain from acts of scamming other people and rather look for jobs.

“Beware of scammers and always verify everything before you send your ID number or bank account numbers to anyone,” she said. “Well, I love people and that’s the reason why I have started posting job opportunities on Facebook pages and other social-media platforms, and many people have been assisted in getting jobs through my initiatives.”