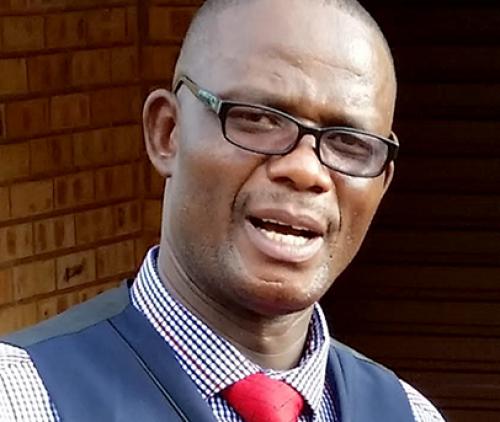 The late W/O Kedibone Mabatha from the SAPS Makhado was laid to rest last Friday. He died on 5 July after a short illness. Photo supplied.

The late W/O Kedibone Mabatha (56) of the Makhado SAPS was laid to rest at the Mashamba Tshivhuyuni cemetery on Friday, 9 July, following his death on 5 July. He died at the Soutpansberg Private Hospital after a short illness.

Mabatha was depicted by his colleagues as a God-fearing, hardworking, dedicated, loving and respected police officer. Lt Col Mavhungu Madavhu, SAPS Vhembe’s acting cluster commissioner, said the department was deeply saddened by the untimely death of Mabatha. “The department will sorely miss his contribution to service delivery in our province. We really lost a hardworking person who was always dedicated to his job,” she said.

“He had been attached to the second-hand goods section at the Makhado police station and had never allowed or taken bribes as he knew and understood the requirements of being a good civil servant,” said Madavhu.

Mabatha joined the SAPS in 1987. In 1994, he was deployed as an instructor of the former Venda Police at Sibasa, and in 1995 he was deployed to Pretoria (Hammanskraal) as basic training instructor. He was later transferred to Tshitale, Waterval SAPS, and Makhado Cluster, where he was the cluster social-crime-prevention coordinator, and finally to Makhado SAPS’s loss management department, where he worked until his death.

Madavhu has conveyed her sincere condolences on behalf of the SAPS to the family and friends of their fallen colleague.

Mabatha’s daughter, Ms Pfarelo Mabatha, said that her father’s death had left them with aching hearts. “Kedibone was a unifier and leader in the family whose wisdom we relied upon to lead us. His death leaves a void that will be hard to fill.”