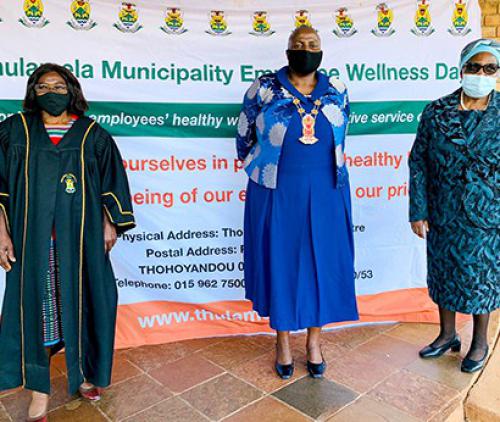 The newly elected mayor of Thulamela, Humbulani Mulovhedzi, says she is committed and ready to lead and take Thulamela Municipality to a higher level.

“I appreciate the confidence in me shown by the ANC in the province. We have to work together, with councillors and the officials of the municipalities, to deliver better services to our communities,” said Mayor Mulovhedzi.

Mulovhedzi, who is the former Speaker of Thulamela Local Municipality, was elected on Wednesday, 7 July during a virtual Special Council meeting. Her appointment follows after the ANC’s provincial executive committee (PEC) had recalled the former mayor, Avhashoni Tshifhango. Tshifhango is accused of approving the illegal investment of public money with the now defunct VBS Bank in 2016.

The former mayor did not vacate his post when recalled two weeks ago. He continued to report to the municipal offices and apparently appealed against the decision to remove him to the ANC’s national executive committee. Last Wednesday, a vote of no confidence was tabled during the special council meeting, and he was removed.

The Democratic Alliance’s representative on the Thulamela Council, Ms Thelma Marole, said that they were in full support of the newly elected mayor, as they too had lost their confidence in Tshifhango. “It (the election of the new mayor) was long overdue. We called for the removal of Tshifhango long ago in 2016, but the ANC at that time didn’t agree with us,” said Marole.

The PAC’s Edzisani Madzunya said that other officials, including the municipal manager, who had been involved with the illegal investment must also be removed from their positions.