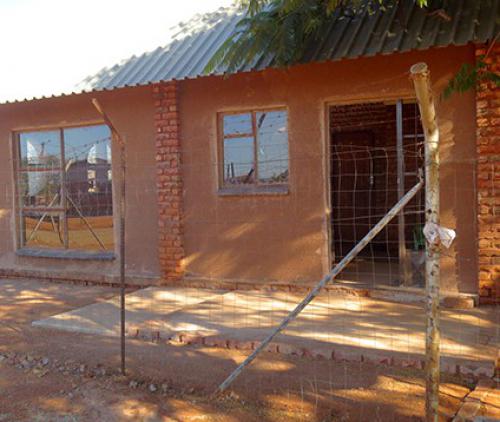 Soon after the Campbell clinic abruptly stopped operating in 2019, the building was occupied by unknown people and converted into a residence. Photo: Bernard Chiguvare.

'What happened to our clinic?' ask Campbell residents

Residents of the Campbell residential area in Musina are still not sure why they do not seem to have a clinic anymore.

According to a community member, the clinic just suddenly stopped operating in 2019. After a while, they found out that the building was occupied by an individual, which left them wondering what was going on, since no-one was notified that the property had been sold and that the clinic was to be closed.

Campbell is situated about seven kilometres from Musina Town. Some of the residents are old or unemployed and struggle to travel all the way to Musina Hospital for their medication. “I am on chronic medication. For more than a decade I have been collecting my medication at this clinic,” said Tendani (not his real name), a local resident. “The clinic was, after all, for the benefit of the community. Why is it occupied by an individual?” he wanted to know.

Another resident, who introduced herself only as Beatrice, said she used to take her child for immunisation at the clinic. “I am unemployed and cannot afford transport for the journey to Musina Hospital. In addition, there are long queues at the hospital. Sometimes we wait hours to be attended to, unlike what we used to experience at our local clinic.”

The residents now call on the municipality to re-instate their clinic. The community claims that the clinic building was in bad condition for some time, but someone is apparently busy doing renovations.

When Limpopo Mirror visited the former clinic on Friday, 25 June, the gate stood open, but no-one appeared to be home at the time. A vegetable garden in the yard seemed to have been watered very recently, and curtains were hanging in the windows. All these suggest that the property is occupied by someone and has been changed into a residence.

However, the municipality seems to be unaware that the clinic has not been operating since 2019, or that the building had been sold/leased out to an individual person.

In response to the media’s enquiry about the situation, Mr Wilson Dzebu, communications manager at Musina Municipality, merely said that they were investigating how the municipal property had ended up in the hands of an individual.