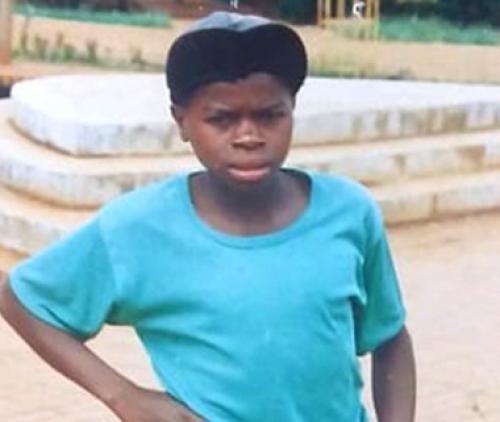 Steven Mulalo Phalanndwa went missing on 28 March this year. His body was discovered in a veld near the banks of the Luvuvhu River on 1 July. Photo supplied by Tshaulu police.

Decapitated and burnt body of man found on river bank

The remains of a resident from Ha-Tshikonelo Village outside Thohoyandou, who went missing earlier this year, was discovered on Thursday, 1 July, by two women collecting wood in a veld near the banks of the Luvuvhu River. The man had reportedly been decapitated and possibly misses other body parts.

Community leader in Ha-Tshikonelo Mr Sipho Masia said they were alerted by the women, who showed them where they had found the body. The deceased was identified as Steven Phalanndwa, who went missing on 28 March.

“We went to the scene with some of the community members and Phalanndwa’s family members. The deceased’s head had been chopped off and was lying next to his body on the ground. His jacket was hanging over a tree branch. His sandals were under the tree and an electrical rope was also discovered. His whole body had been burned with acid and it was difficult to determine what other body parts were missing,” said Masia.

Limpopo police spokesperson Brigadier Motlafela Mojapelo confirmed that the body of a man from Ha-Tshikonelo Village had been discovered and had been positively identified by community members as that of Steven Phalanndwa, who disappeared a few months ago. The police in Tshaulu have opened an inquest.

According to Masia, the local communities strongly suspect that Phalanndwa might have been hidden somewhere since his disappearance and only killed a few days before, as he was not yet in a decomposed state when they found his body. They are also convinced that he was killed for muti purposes.

Angry residents of Ha-Tshikonelo and the surrounding villages, such as Basani and Tshaulu, had blocked the road to and from the village on Friday (2 July). No-one was allowed in or out of the village.

Not long after traditional leader Vhamusanda Mudzulathungo Mmbi (66) and his co-accused, Shumani Luvhengo (33), had appeared in the Tshaulu Periodic Court in May on charges of kidnapping, Mmbi’s eight-room house in Tshikonelo-Tshiawelo village was torched by community members, as they suspected him of being connected to the recent muti-killings in the village.

Mmbi and Luvhengo were arrested on 19 April this year after they had allegedly drugged Lucas Mbedzi (34) from Tshikonelo village at a local tavern and kidnapped him. Mbedzi woke up in a bush at Nyabane village and identified Mmbi and Luvhengo, who were allegedly standing nearby, talking about him (Mbedzi) as not being “the one they were looking for”. He managed to escape and reported the incident to the police, who arrested Mmbi and Luvhengo shortly afterwards. When the community heard about the traditional leader’s charge, they set out to take action.

However, Brigadier Mojapelo warned communities against taking the law into their own hands and told them to allow the police to conduct their investigations, as they could not yet link Phalanndwa’s death to the kidnapping that Mmbi stands accused of.