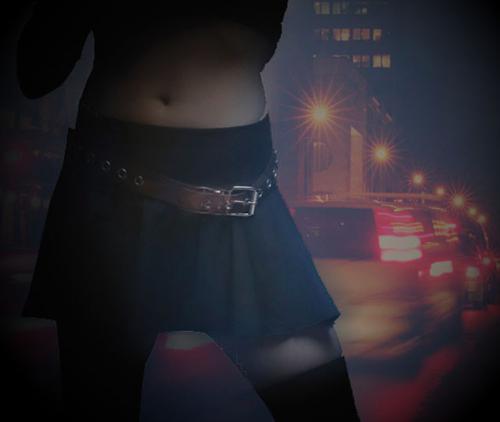 Bodies on sale for a degree

While the battle continues for free higher education, struggling students at the University of Venda now seem to have resorted to prostitution to make ends meet.

When Lufuno Muzila* received an email in 2019, informing her that she had been accepted to study at the University of Venda, she was very excited and had only one goal in mind - to obtain her diploma and build her mother the house of her dreams.

“During the career guidance, they told me not to worry about tuition fees. ‘Everything will be paid for, just focus on passing’ they said.” Lufuno tried to apply for bursaries many times, but was never successful.

“I was not going to give up on my dreams because I didn’t have money for my studies. No!” she said. She went ahead and enrolled for her bachelor in science degree, even though she did not have a plan to come up with the tuition fees.

But the financial worries had affected her studies in a very negative way. “I would consider my family’s situation and kept asking myself ‘Why did it choose me and not someone else?’, and ‘Why didn’t the NSFAS or any of the other funders pick me? Don’t I deserve to be funded? How long will it take?”

Lufuno’s ordeal started when one of the lecturers started to behave like a father figure towards her. “Little did I know that he was luring me to him,” she said.

The lecturer started to send her money voluntarily every now and then. At first, she said, she was too shy to ask for help, but he took care of all her financial needs without her even having to ask.

“I thought I got a dad, Kanti! No, he was a pervert,” she said. “As soon as he saw that he had gained my trust, he started to pursue me. He made me feel like I owed him. I tried to avoid him, but I failed.”

One day he asked her to accompany him to pick up some products that he sells as a side business. “We drove through a fancy neighbourhood and then came to a lodge.” Because she trusted him, she did not ask questions. “We went into a room, and he started undressing himself. He sweet-talked and blackmailed me all at once. I ended up giving in, but I couldn’t wait for him to finish,” she said.

The lecturer continued to send her money, but she managed to avoid going with him again every time he spoke about sex.

Lufuno, who is now in her third year at varsity, told this newspaper that, after the situation with the lecturer, it had become a lifestyle for her, to the extent where she would now go with any wealthy-looking guy who approached her. “A guy who goes all out and makes sure that all your needs are taken care of ... You don’t have to cook during exam time. Breakfast, lunch, dinner, and pocket money is brought in every day by five to seven different guys, so why not?”

She admits that she started having sex for money because she knew that her unemployed, single mother could not afford to support her financially. “She has five other kids, of which four are still in high school. She sends me R350, sometimes R500, and I know very well that she sacrifices a lot by giving me that money. Every cent she gives me means one meal less for my siblings, and they only have a slice of bread in the morning and a spoon of pap at night as it is,” she said.

The correspondent of this newspaper did some research among the students, which shows that not only girls sell their bodies for money; boys do so too.

A term they refer to as ‘After 21:00’, where boys swop their heterosexuality for homosexual activities with rich male clients, has evolved. Some of these boys, however, admit that they would rather sleep with rich, older women in exchange for money.

One student said that he was on the verge of dropping out because he could not cope financially. He managed to register for free, as he was not funded, but he needs money to live on. “I am willing to do sexual favours for money, but it’s not that easy to find a ‘sugar mama’. That’s what I need right now.” He said he was in a state of desperation as he had only rice and soup left to eat, and although he had tried, he could not find a part-time job.

A Univen-based youth organisation, called Stop the Spot, said they were aware of the situation. “We started a feeding program to help university students after we found out that there are many who are excluded by their bursaries, which led them into prostitution and sexual relations,” the organisation’s chairperson, Thabelo Ramashia, said. “In 2018, we started providing sanitary pads to girls in need, but at the start of this year we realized that food was needed too - and not just for girls, but boys as well. It is very disheartening to see so many young people who believe in themselves and their dreams but have to suffer so much in order to reach their goals.”

Univen’s spokesperson, Dr Takalani Dzaga, responded to an enquiry by saying that the university was not aware of cases where students sold their bodies for tuition money. He added that the students must remember that NSFAS funding was also based on academic performance.

Dr Dzaga mentioned that Univen had a social responsibility fund that had so far helped around 20 students. He made an appeal to more sponsors to help fund out-of-pocket students.

As far as the allegation of improper conduct by a lecturer is concerned, Dr Dzaga encouraged students to report any inappropriate behaviour to the campus’s protection services.

*Not her real name