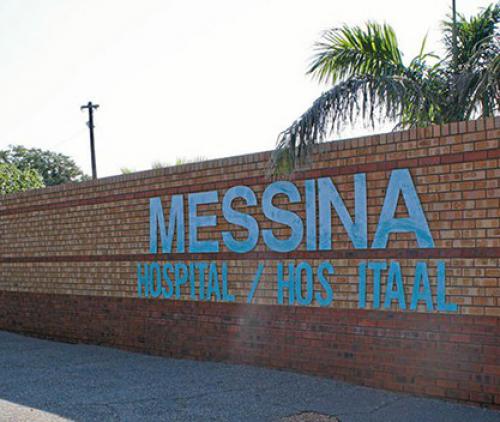 Residents claim that they are often turned away by the staff at Messina Hospital, without being examinated by a doctor.

The community of Musina is concerned about service delivery at their local hospital. Some claim that they get turned away on visiting Messina Hospital, while others say that treatment there is so poor that they often have to consult doctors elsewhere for help.

“Messina Hospital’s chief executive officer must make time to improve his employees’ staff/patient relations. Several patients have been turned away now, and without valid reasons. We have lost faith in how the hospital staff deal with patients. It is turning into a death bed!” exclaimed Mr Peter Mokgoli, one of the community leaders in Musina.

The newspaper spoke to a few people who claim that they had been sent away when they went to the hospital because they felt really ill.

Joel Maila visited the hospital on Sunday, 6 June, when he experienced severe back pain. “I went at around 22:00. It was late but I could not endure the pain any longer, so my wife drove me to the hospital. The doctor on duty was busy with another patient, so I had to wait for my turn. After 15 minutes I was called in by a nurse. All necessary steps were taken before I could be referred to the doctor. As the doctor was still busy with another patient, I was sent back to the waiting room. Another 15 minutes later, I was called in to see the doctor. The doctor said that I was wasting his time, even without examining me, and said that I was not ill,” said Maila indignantly.

According to him, the doctor asked him why he had not gone to the clinic first, as they would have transferred him to the hospital if it was an emergency. A heated conversation apparently followed. Maila requested another doctor and, after nearly 45 minutes of hard talk, was examined by another doctor.

“This is not the first time I’ve experienced this from Musina doctors. I remember how we struggled to get my daughter medical treatment three years ago too,” said Maila.

An anonymous woman who claims to have visited the hospital on the same day as Maila (6 June), said that she arrived at the hospital at around 09:30 that morning, feeling really sick.

“I was given the run-around by the doctor and nurses. They asked me why I came to hospital on a Sunday. This surprised me. I waited until 13:00 to see a doctor, and then they all went out for lunch,” she said. “I had to leave to go make my son something to eat.”

She still does not feel well, but said she is reluctant now to go back to the hospital. “I cannot face that kind of behaviour. I am unemployed, I cannot visit private doctors.”

A media enquiry was sent to the Limpopo Department of Health regarding these claims on 9 June, and again on 12 June, but at the time of our going to press, they still had not responded.