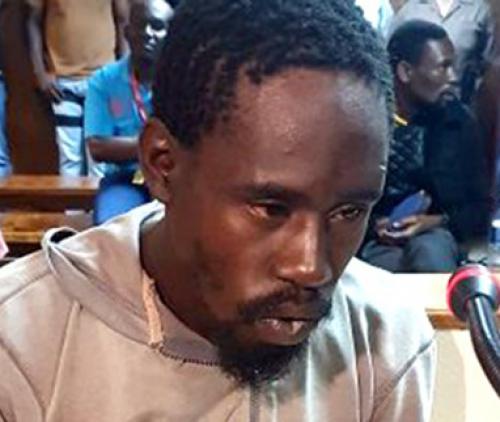 The Limpopo High Court has sentenced Aubrey Manaka to two life terms in prison plus eight years and 15 years (total of 23 years) for the rape and murder of Capricorn TVET College student Precious Ramabulana, in November 2019 at Mokomene village. The sentence was delivered on Friday, 11 June.

The court heard that Manaka had intentionally killed Ramabulana in 2019 when he entered her room through a window with the intention to rape her. Manaka confessed during his trial that he had raped her, stabbed her 90 times with a knife, then stolen her phone and fled the scene.

The National Prosecuting Authority (NPA)’s provincial spokesperson, Ms Mashudu Malabi-Dzhangi, said that they welcomed the sentence and hoped that it would serve as a deterrent to other rapists and murderers who might contemplate violating the law.

According to Manaka’s statement, he wanted to “propose love” to Ramabulana. He said that it was love at first sight when he saw her dancing with her friend on the veranda. He decided to go and watch soccer and drink a few bottles of alcohol. He then returned to Ramabulana’s house in the early hours of the morning. He stated that he had knocked on Ramabulana’s bedroom door, but that she had been afraid to open. Manaka then forced the window open and entered her room, which led to a struggle between the two.

“It was at this point that he stabbed her with a knife before he raped her. He then continued to stab her several times more over her body, after he had raped her, and fled the scene with her cellphones,” Malabi-Dzhangi said.

Manaka confessed to the court that he had continued to rape Ramabulana while she was bleeding profusely, and that he had stabbed her several more times afterwards “so that she could die and not identify him”.

When closing his guilty plea, Manaka apologised to Ramabulana’s family, friends, and the public, and asked the court to be merciful to him.

The aunt of the victim, Ms Mavis Sitholimela, said that the sentence would not serve any purpose at all. “You saw him laughing after killing Precious. He knows that he won’t die in jail, but will be enjoying the food of the taxpayers.” She said that the family found forgiving him hard, and although they were happy with the sentence, it would not bring their beloved family member back.

Ms Rinae Sengani, founder of the Riri Sengani Foundation that supports the fight against gender-based violence, said they were satisfied with the sentence, as Manaka had targeted young women.  “We hope Manaka’s sentence will serve as a good example to others,” she said.