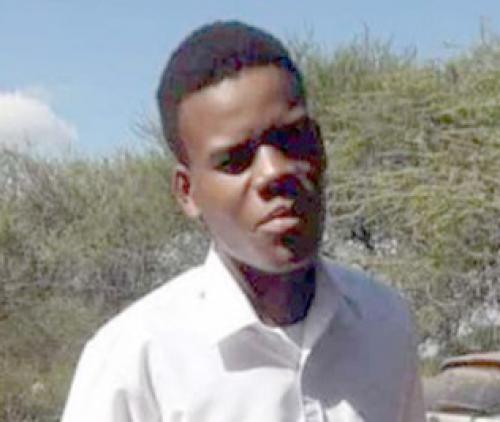 Ritshidze Muthambi, a Grade 12 pupil from Maneledzi Secondary School, was killed in the early hours of Saturday, 29 May. Photo supplied.

Another Maneledzi learner stabbed to death at tavern

A Grade 12 learner from Maneledzi Secondary School was stabbed to death at a local tavern in Madabani village in the Sinthumule area in the early hours of Saturday, 29 May.

His death follows barely two months after the death of a Grade 11 learner from the same school, also because of a stabbing incident.

According to police spokesperson Brig Motlafela Mojapelo, Saturday’s incident had occurred at around 03:00. An argument ensued between Ritshidze Muthambi (20) and two other boys, which resulted in a serious fight at the tavern. Ritshidze was allegedly stabbed in the chest and his right hand with a sharp object. He died at the scene.

“When the police arrived at the scene, the victim was lying on the ground. We were alerted by members of the community who saw the incident take place,” Mojapelo said. The two suspects were arrested immediately after the incident and charged with murder.

The two suspects, a 16-year-old boy and Pfano Ndou (18) appeared in the Tshilwavhusiku Magistrate’s Court on Monday, 31 May. Their case was postponed to 14 June for further investigations.

According to the family spokesperson, Mr Sam Rakobo, the untimely death of Ritshidze had robbed the family. “The incident has left our family traumatised,” he said and expressed his appreciation to all the community members, and especially the pastors in the area, for their support over this period.

Ritshidze will be buried on Saturday, 5 May, at the cemetery in Ravele. The service is scheduled to start at 06:00.

In March this year, 17-year-old Mpho Rabinda, a Grade 11 pupil from Maneledzi Secondary School, was allegedly stabbed to death on his way home after a party, although information regarding the incident still remains sketchy.