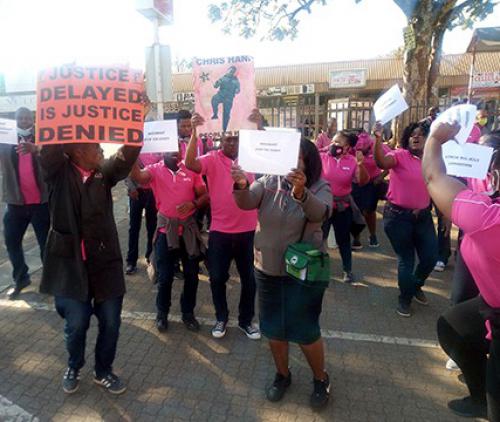 Game employees take to the streets over restructuring

Some 20 employees from the Game store in Louis Trichardt went on a three-day strike last week, demanding salary increases and expressing their dissatisfaction over Massmart’s restructuring plans.

Massmart Holdings is the company that owns local brands such as Game, Makro, Builder's Warehouse and CBW. In February, the company issued a Section 189 notice, which is to affect about 100 employees at these stores. Employees complained about working conditions, retrenchments, reduced working hours, demotion of workers and “mapping” (reassigning people according to their qualifications).

According to Massmart’s Corporate Reputation Manager, Ms Michelle Kemp, the strike was initiated by SACCAWU. “The industrial action arises from a dispute declared by SACCAWU, although the specific detail of the dispute is, in our opinion, relatively vague as it appears to relate to matters that have been under discussion with SACCAWU for a number of months and have, in fact, been settled,” she told the online publication, Groundup, on enquiry. “Our main concern for the nature of this type of industrial action is that, in the context of the current economic environment, it has the potential to cause previously avoidable job losses.”

A woman who claimed to represent the workers would not allow this newspaper to speak to any of the protesters. “You are disturbing us. We do not want the media here today. No worker should speak to the media,” she said.

One of the SACCAWU members, however, referred the newspaper to the union’s regional coordinator, who promised to respond to this paper’s enquiry, but at the time of our going to press his response had still not been received.