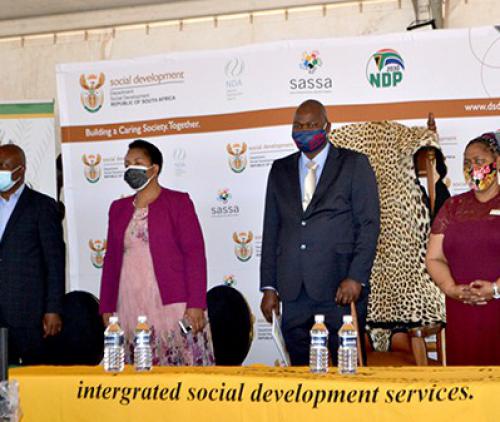 Deputy Minister of Social Development Ms Hendrietta Bogapane-Zulu spoke out against teenage pregnancies during the International Family Day celebrations held on Saturday, 15 May, and said that government could not afford to maintain children who were parents of children.

“We are worried about children having children. It means we have mothers and fathers who are still children themselves,” said Bogapane-Zulu. “We need to plan our families. We urge young girls and boys to think twice before having children. Family planning at clinics is free of charge.”

She thanked the elderly people who attended the celebration and said that families could not be complete without mothers and fathers as they played an important role in raising their children with a sense of responsibility and teaching them good morals.

Some learners from the Tshilidzini Special School in the Vuwani area, which caters for disabled children, were invited to join in the day’s celebration. Bogapane-Zulu also addressed them directly and reminded them how important being serious about their education was for them too.

Shonisani Mudau (17), a Grade 9 learner from Tshipakoni Secondary School, told the gathering that having a child while still at school was one of the most devastating situations to deal with. Mudau fell pregnant and had a child at the age of 16 and was forced to leave school to take care of her little baby.

She pleaded with other young people to not make the mistake of falling into this situation and ending up with the responsibility of raising a child at such a young age, but to rather put their education first, so that they can have a better future.