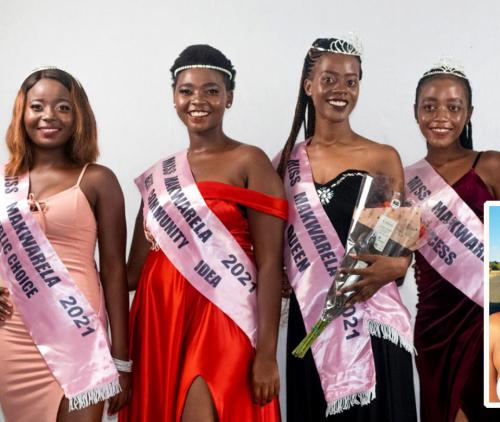 Unarine wants to instill a spirit of community building

So many beauty pageants are held today and, sadly, for many the crowing ceremony is where the experience ends for them. The Miss Makwarela Exclusive pageant though, presents a platform that aims to groom and instil a spirit of giving back and uplifting communities as a way of life.

This pageant is the brainchild of 20-year-old Unarine Mulaudzi, a BCom student at the University of the Free State. She also participated in cultural pageants and had been crowned Indoni Miss Venda and Indoni Miss Ubuntu. Now Unarine is set on empowering young women and men through various programmes where they advocate for education, healthy living, and good behaviour in society.

“Earlier this year, we held our first pageant, which had been postponed many times last year due to the lockdown, but then we conducted it online and all the participants sent us their video clips,” Unarine said.

Fiona Siwela was crowned Miss Makwarela Exclusive 2020. She is currently doing her Bachelor of Law (LLB) degree through Unisa.

All 16 contestants were eventually roped in to be part of the ongoing projects, which aim to make a difference within communities. “They all formed campaigns to run in their communities and will receive guidance and support throughout the year,” Unarine said.

Fiona is founder of the Pad Drive, called Feeyoona Nursectic Foundation, which directly advocates for education and empowerment. “I advocate for education because I really want to see school children make it in life,” she said. “Having your dream demolished because a teacher told you that you will never make it, or because you don’t have a school uniform, is so sad. I will use this title to remind school children that they can make it, no matter what people say.”