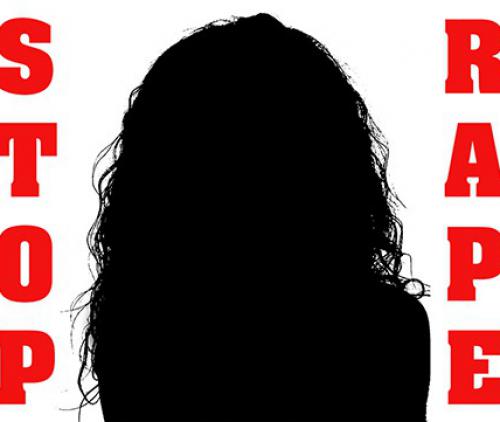 Is Thohoyandou the rape capital of the north?

Has Thohoyandou become the “rape capital” of Limpopo? Judging by the latest statistics released by the SA Police, this busy Vhembe town has a serious problem in terms of sexual offences. Some, however, argue that sexual offenders are confronted in this town, whereas, in many other places, the problem simply gets swept under the rug.

The Thohoyandou police station is the third “busiest” in the country as far as sexual offences are concerned. In the period between January and March this year, 73 such cases were reported. Lusikisiki in the Eastern Cape was no 1 in this category, with 88 cases, followed by Inanda in Kwazulu-Natal, with 76 cases. Three Limpopo police stations made the “Top-30” list, with Seshego reporting 52 cases and Mankweng 49 cases.

As far as rape cases are concerned, Thohoyandou again came in third, with 63 cases being reported. This is down from the 83 cases reported in the same period two years ago (Jan - Mar 2019), but up from last year’s 50 cases. Limpopo has four candidates on the list of top “rape” stations. Mankweng reported 41 cases in this period, Seshego 36 and Giyani 34.

However, not only sexual offences cause Thohoyandou to feature high up on the list of problematic crime areas. This police station is also one of the Top-30 police stations in the country as far as robberies at residential houses are concerned. It ranks at no 24, with 31 housebreakings in the fourth quarter (Jan – March 2021). First in this category is the Honeydew police station in Gauteng, with 68 cases. Three years ago, Thohoyandou topped this category with 80 cases of house robberies being reported.

Thohoyandou is the only police station in Limpopo that features in the Top 30 as far as driving under the influence of alcohol and drugs is concerned. In the fourth quarter, 61 such cases were reported.

Musina’s police station only features on one of the Top-30 lists, namely that of sexual offences detected as a result of police action. Musina recorded 31 such cases. Three Limpopo police stations are at the top of this list, with Mokopane being number one with 267 cases. Northam is number four with 92 cases and Polokwane number five with 88 cases.

Sexual offences seem to be on the rise in Limpopo and are a serious problem. Between January and March this year, 838 rape cases were reported and 115 cases of sexual assault. The total of all reported sexual offences in the province is 1 016, which is 5,8% more than the previous year’s 960. The national figures show that, year-on-year, sexual offences have shown a slight decline from 12 627 to 12 133.

What is also genuinely concerning is that the sexual offences often go hand in hand with other crimes. According to the SAPS statistics, 31 murders committed were preceded by rape. In 17 cases of attempted murder, a rape charge was reported and in 120 assault cases, a rape case was also reported.

The official police statistics also show that rape often goes hand in hand with drug- and especially alcohol abuse. In 1 089 rape cases investigated, the police established that 100 could be linked with drug usage, while in 989 cases alcohol abuse was reported.

In Limpopo, most of the rape cases (351) occurred at the residence of the perpetrator. At public spaces such as parks or recreational centres, 57 victims were raped. At prisons or holding cells, 12 victims reported a rape and at shebeens or liquor outlets, seven people were raped. Only one person reported that she had been raped at an educational institution.

Although sexual offences are extremely prevalent in the Thohoyandou area, not everyone believes that the problem is limited to this town. Ms Fiona Nicholson, who founded and ran the Thohoyandou Victim Empowerment Programme (TVEP) for 20 years, is convinced that the problem is underreported in many towns.  “What concerns me most is the literally unbelievable lack of reporting in the Makhado district – which is even less than in the villages of Vuwani, Dzanani and Siloam,” she said. “What people don’t realise is that the SAPS performance appraisal system is directly linked to the number of cases opened, not [those] resolved. Tell me, please, how can the police reduce the number of cases reported to them, if not by sweeping them under the mat?”

Regarding the high rape stats in Thohoyandou, Nicholson believes that the TVEP managed to increase the reporting ratio, which is generally accepted as being one in nine countrywide, meaning that only one out of every nine abused women are reporting the abuse.  In the Thohoyandou area, through active campaigns and counselling programmes, they managed to get more people to speak out against sexual abuse. “I see this as a ‘success indicator’ that highlights the excellent work of the TVEP,” she said.

A person who shares a similar sentiment is Dr Bardwell Mufunwaini. He is a director of Munna Ndi Nnyi, an organisation that also runs programmes and speaks out against sexual abuse. He says that they are aware of cases where especially rapes are not reported to the police.

Mufunwaini says that his organisation tries to conduct workshops throughout the Vhembe area to make people aware of their rights and responsibilities. The focus is on reproductive health and how to protect women and children. He says that, unfortunately, they battle to get sufficient funds to conduct these training sessions.