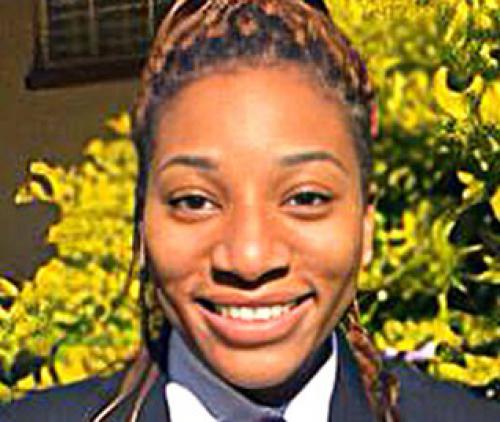 Young Dede Bessong, who was selected with three other teenagers to represent South Africa in the 32nd International Biology Olympiad (IBO). Photo supplied.

Dede needs some help to get to Biology Olympiad

Dede Bessong, Grade 12 learner and head girl of Ridgeway College, has recently been selected, along with three other teenagers, to represent South Africa in the 32nd International Biology Olympiad (IBO). She earned a second place in the third round.

This Olympiad is specifically for pre-university students under the age of 20 and is one of the most renowned International Science Olympiads. Science Olympiads (natural, life and physical sciences) were initiated under the auspices of the South African Association Science and Technology Educators in 1997 in Durban. From the year 2000, these Olympiads were offered to learners throughout the country, in 10 grades.

Bearing in mind that between 13 000 and 18 000 learners participate annually, Dede has done extremely well.

Sadly, the 32nd IBO in Lisbon (Portugal) has been cancelled because of the Covid-19 pandemic. A virtual substitute event – the IBO Challenge 2021 – is now scheduled from 18 to 23 July this year.

“The participation fee to compete in such a prestigious competition is R20 000, an amount that I am unable to afford, and unfortunately, this fee cannot be waived. It has to be paid by Friday, 21 May,” Dede says.

She continues to say that the funds will be used for the country participation fees, team registration fees, administration costs, online teaching, preparation, and support. “Partaking in this competition would be a milestone in my academic career, as I have a burning passion for the world of biological sciences. I intend making a career out of this and pursuing it at a tertiary level next year,” Dede says. She has already sent in her applications to different South African universities for studying medicine, but has also lined up other options such as cell and molecular biology, biochemistry, or medical science.

Dede has always believed that science is one of the most powerful weapons that can be used to help humanity. “By participating in, and potentially winning, this Olympiad, it will be a testament to what we can do as young adults and prove that South Africa is indeed at the forefront of producing some of the finest scientists,” an excited Dede continued.

Dede is dependent on sponsors and is asking humbly for donations of any amount. “Please go to the following link, should any readers like to support me,” says Dede.  https://www.backabuddy.co.za/champion/project/dede-bessong

“With your help, I will be able to proudly represent not only the province and the country, but my continent Africa on an international level,” Dede concludes.