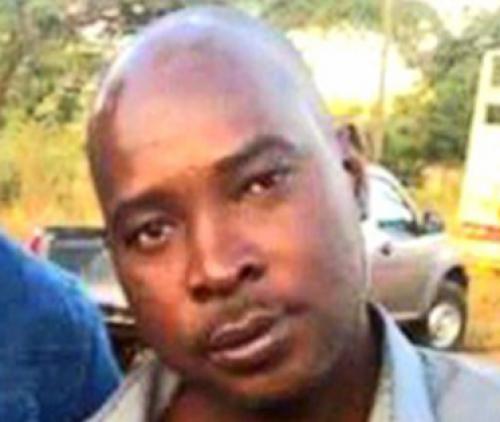 The late Mpho Konanani Malimagovha from Dopeni village was killed during a robbery on Friday. Photo supplied.

Dopeni man killed in his home during daylight robbery

The merciless killing of a 44-year-old resident of Dopeni village is still reverberating through the district. He was strangled to death by robbers at the family’s house last Friday (7th).

According to Limpopo police spokesperson Brig Motlafela Mojapelo, the police in Siloam have launched a manhunt for four suspects who had allegedly committed a robbery and killed a man. The suspects allegedly entered the house, produced a knife, and demanded money and cellphones from their victims. In the process, they reportedly strangled one of the family members, Mpho Konanani Malimagovha (44).

The Malimagovha family operates a photocopying business from their home in Dopeni. According to Mr James Malimagovha, his brother, Makondelela Fanie Malimagovha (68) and Fanie’s only son, Mpho, were at home when four men arrived, pretending to be customers.

The men pretended to admire the floor tiles of the family’s residence, when they suddenly overwhelmed Fanie and Mpho and held them at knifepoint, before tying them up with cable ties. Fanie was dragged to his bedroom, while Mpho was left in the hallway, where he was presumably strangled by the robbers.

The robbers ransacked the house and stole around R700, as well as cellphones, before fleeing the scene. Fanie managed to untie himself and went to James’s house next door for help.

James said he was home at the time of the incident, but did not see or hear anything. “I only realised that something was amiss when my brother came to my house and told me they were attacked. We rushed back together, only to find that Mpho was already dead,” he said.

“We are shattered and shocked to the core. Mpho was an only child, and the ageing parents had all their hopes pinned on him. They are not coping at all, and I cannot even look them in the eye; grief is written all over their faces,” James said despairingly. “I don't understand why they did not just take what they wanted and leave, without having to take Mpho’s life,” he said.

The family hopes that the police will speed up their investigation and bring the suspects to justice.

Chief Lihalimane Dzivhuluwani Ralinala of Dopeni village said the community members of Dopeni were very disturbed by the incident. “We have never experienced a daylight robbery here in Dopeni before,” Ralinala said. “We don’t want community members to take matters into their own hands, so we have asked the police to also patrol and make our village safe again.”

The Tshivhase Royal Council also sent messages of condolences to the family. “This situation is intolerable and must therefore be condemned in the strongest terms. We cannot sit and fold our hands while our people are murdered and terrorised,” said the royal council’s spokesperson, Chief Luvhaivhai Tshivhase.

Anyone with information that can assist the police in their investigation is requested to contact the nearest police station or call their toll-free number at 08600 10111.