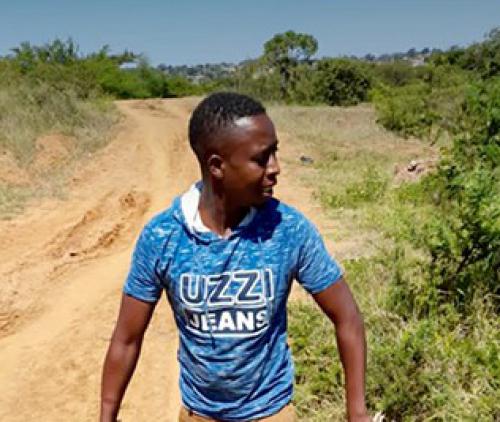 Residents of Dididi outside Thohoyandou were ecstatic after hundreds of chickens mysteriously appeared in nearby bushes. Photo supplied.

Residents of Dididi outside Thohoyandou were in high spirits last week, following the mysterious appearance of chickens alongside the Nandoni Dam, situated next to the Dididi Bridge.

On Monday, 12 April, residents woke up to hundreds of chickens wandering around in the nearby bushes. No-one knew where they had come from, but before long, young and old were seen scrambling around to collect as many chickens as they were able to catch.

For many residents this was like manna from heaven, just like the Israelites in Biblical times when they were in the desert. The village of Dididi suddenly resembled a chicken festival as everyone had their share of this poultry ‘offering’.

Community leader Phanuel Mathebula of the local civic association said he had received the news on Monday morning. “I quickly went there to find that almost all the chickens had been taken by the appreciative residents, who had caught them,” he said.

How the chickens got there remains uncertain clear, but on Thursday, 15 April, some 100 more were spotted in the same area again.

“We are very concerned about this windfall as we do not have any knowledge as to who dumped them here. What if these chickens are infected and our people get sick or even die after eating them?” Mathebula asked. He added that for someone to buy chicks and feed them to the stage of selling and then just dump them in the bushes was most surprising.

“Manna only fell for the Israelites. We do not need this manna here, and we urge everyone who sees the dumper to please report it to the leaders. We are still going to have a meeting in the village and deliberate on the issue on Sunday,” Mathebula said.

According to an anonymous villager, the chicken offering felt like a blessing in disguise. “We are a very poor community, and meat is a luxury most of us cannot afford. When I heard that there were chickens in the bush, I dashed there with my children and we managed to get 15 of them. This will be enough to get us through the whole month. We wish the ‘manna’ comes again!” she said.

The local traditional leader, Chief Lyboen Azwitamisi Mbubana, said the local community was still in disbelief over this strange occurrence. “We received reports about the chickens in the village on Monday and are investigating the source of these many chickens. We urge the community to not consume these chickens, as we are not sure of their origin and whether they are safe for consumption,” he said.