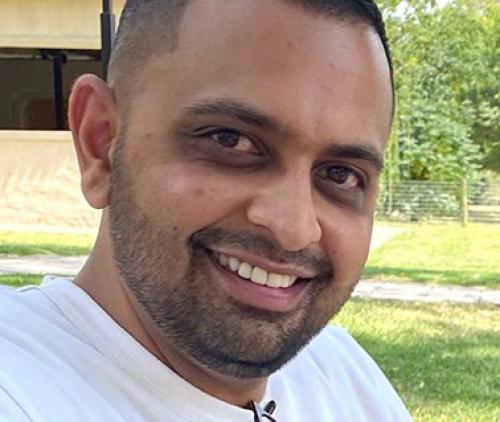 The fate of well-known Louis Trichardt businessman Mr Shyam Premjee remains uncertain almost a week after he was violently abducted in a quiet residential area of Louis Trichardt on his way to work.

The abduction of the 36-year-old businessman on Friday, 9 April, sent shockwaves through the local community and business fraternity. The Premjee family is one of Louis Trichardt and the region’s most well-known and respected business families. Although they appreciate everybody’s thoughts, prayers and support, they this week asked members of the public to respect their privacy during this difficult time.

According to a police report, Mr Premjee was on his way to work at around 07:50 when his vehicle was blocked by suspects travelling in two vehicles on the corner of De Vaal and Barnard Street. “One of the vehicles allegedly blocked him in front and the other at the rear. Some shots were reportedly heard in the vicinity in of the scene,” said provincial police spokesperson Brigadier Motlafela Mojapelo.

Mr Premjee’s Mercedes Benz GLC 250 was soon afterwards found abandoned just off Forestry Road along the Meulbos dirt road, less than a kilometre away from where he was taken. The suspects presumably transferred Mr Premjee to another vehicle and fled the scene using a grey Hyundai Accent and another silver sedan. These vehicles were reportedly seen driving north along the N1 towards the Nzhelele road.

An intensive manhunt for the suspects and safe return of Mr Premjee was immediately launched, but hopes of finding him dimmed as the days went by. By the time of going to press on Wednesday, Brig Mojapelo confirmed that Mr Premjee was still missing with no new information on the case. Asked whether the police are treating Mr Pemjee’s disappearance as a kidnapping, Mojapelo said no. “We can only treat it as a kidnapping if these people [suspects] phone to demand a ransom. At this stage we are treating it as a missing persons case,” said Mojapelo.

Although police only consider Mr Premjee a missing person at this stage, his disappearance bares similarities to the spate of high-profile kidnappings of South African businessmen across the country the past year. Just over a year ago, City Press ran an article about kidnapping gangs targeting South Africa. The article reported an exponential increase in these high-profile kidnappings, some of which occurred with the alleged involvement of members of the police. Several members of the South African Police Force were confirmed to have been arrested in this regard. Although the police are not treating Mr Premjee’s disappearance as a kidnapping, fears are that these kidnapping gangs might be expanding their heinous activities out of the cities to rural areas.

Members of the public are again asked to come forward should they have information about the incident or Mr Premjee’s whereabouts. They are requested to urgently contact Colonel Nyelisani Mabatha on 082 565 8171 or the Crime Stop number 0860010111. In the meantime, the Louis Trichardt community continue to pray for Mr Premjee’s safe return.