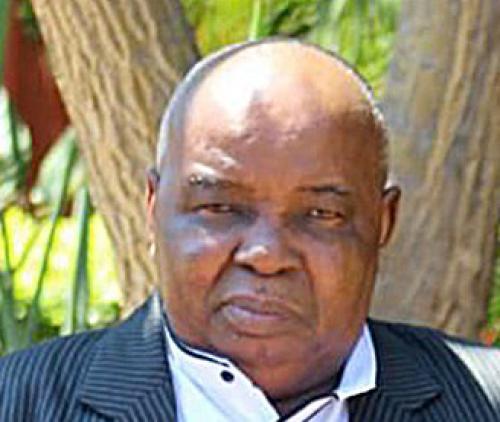 With great sorrow the community of Tshififi, family and friends received word about the death of the ‘Prince of the Mphaphuli Muthivhi Dynasty’, Khosi Ranwedzi Gilbert Tshikalange.

Tshikalange (87), who was born and raised in Tshififi village as a prince of the Mphaphuli Traditional Authority, died on Friday, 12 February, in the Netcare Pholoso hospital in Polokwane after a short illness.

Family spokesperson Mashudu Ramaano described him as someone who had dedicated his life to the development of his people. “In the years we worked with him, he advised, as chief, to facilitate and enable development. Under his guidance, the rural village of Tshififi and its people crafted this vision: ‘Uri vhathu vha Tshififi vha di kone’, which means the people of Tshififi can do it for themselves and develop the place for the better,” Ramaano said.

“Having joined the ANC in 1960, he participated in various structures and political programmes for the movement throughout his life, including the Congress of Traditional Leaders (Contralesa), where he served as a national organiser. It is through his hard work and recruitment that many traditional leaders in the Vhembe region joined Contralesa.”

According to Ramaano, the Apartheid regime and its dummy homeland of Venda were irked by his commitment to liberate his people and his revolutionary resolve to stand up to injustice and subjugation, to the extent that Tshikalange spent much of his life under banishment, imprisonment, and house arrest. He added that the late Khosi had spent five years banished and confined to a house in Kuruman (Northern Cape) between 1969 and 1974.

The ANC in Limpopo also sent condolences and said that the movement had lost a giant whose high levels of morality towered above many.

Tshikalange was instrumental in many developmental projects for his communities and had continued to participate in different structures of the ANC, even at his advanced age.

He was also one of the founding members of Contralesa. Prince Gulukhulu Mathebula, the chairperson for Contralesa in the Vhembe region, said that they paid tribute to him as a veteran and a pure example of traditional leadership.

The late Khosi was buried on Friday, 19 February, in the Zwiendeulu (sacred place) of Tshikalange in Tshififi village.