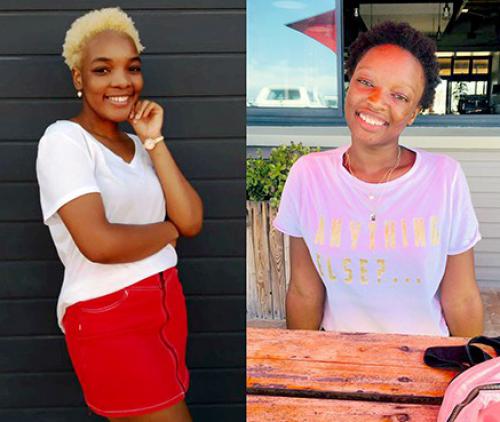 Tumiso Chuma (21) and Tsholofelo Tshuma (20) enjoy sisterhood in a special fashion – by encouraging and cheering each other on in all aspects of their lives. The two young women are determined to set out to fulfil their dreams and touch the lives of many other young people.

They seem to have their minds set on academic excellence, and this is evident by the invitations they’ve received from the Golden Key International Honour Society. This is a prestigious society that recognises the top 15% learners in higher institutions, and membership is per invite only.

“I was invited for the Golden Key International Honour Society’s membership in 2019,” Tumiso said. “When I got invited, I said to my sister: ‘Hey baby, you pull up your socks or else I’ll spank you if you disappoint me!’ Oh, I was so happy when the next year my sister (Tsholofelo) was also invited,” Tumiso told the media.

Tumiso is studying towards an LLB (Law) degree at the Nelson Mandela University in the Eastern Cape, and Tsholofelo is doing a BA in Medical Bioscience at the University of Western Cape.

The society recognises, rewards and encourages its members who achieve beyond expectations. Golden Key members represent the highest performing students, graduates, and alumni in the world.

“Students qualify for the society’s membership when they are in the top 15% of their class and are given access to a wide range of rewards, scholarships and opportunities to travel and study abroad,” Tsholofelo said.

“As the youths of today, we need to stop at nothing to show off our achievements. For me, this award of membership in the Golden Key International Honour Society is a great honour. It opens up a whole new world of opportunities. The membership is for life and it doesn’t have to be regained over and over. As a member, all that’s expected is for you to engage in activities planned for you, like webinars where experts are called to educate you on certain things. It’s more about lifelong coaching on leadership.”

Not only are Tumiso and Tsholofelo doing big things for themselves, but they are also passionate about uplifting learners from their village in the academic sphere.

Tumiso has established a non-profit organisation, called Thusani Mutshudeni Foundation, which mainly helps matriculants to apply for bursaries at universities or colleges. “It hurts me to see pupils from my village fail to go to higher institutions and their potential going to waste because of a lack of resources for the application process,” she said. “We also assist in career-coaching, so that the pupils do not fall for wrong careers where they just select courses following their friends.”

The Thusani Mutshudeni Foundation is available to all matriculants in need of assistance with the application process for higher learning. For more information, Thato Chuma (co-founder) can be contacted on Tel 079 058 4344.