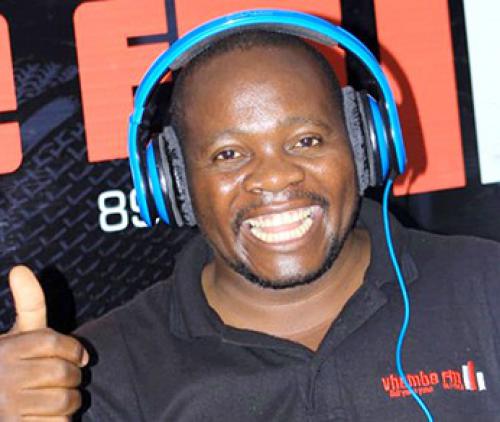 Vhembe FM presenter, Mulalo Masindi aka DJ Mawelewele alleges that the radio station is kicking him out because he tested positive for coronavirus. (Photo supplied)

Radio presenter complains of being victimised over Covid status

A well-known Vhembe FM radio presenter claims that the management of the station is kicking him out because he tested positive for the coronavirus.

Mulalo Masindi (38), better known as DJ Mawelewele, said that even after he had completed his quarantine period and followed all health protocols, he has allegedly been warned by the management not report for work at the studio.

He hosts the popular programme, Zwa Africa, which gets aired every Sunday from 18:00 to 21:00.

DJ Mawelewele, who hails from Tshaulu, ventured his anger on social media alleging that the radio station is not being fair to him. He said that he has been a loyal team member from the first day the radio station went on air. Hundreds of his sympathetic fans condemned the station for the alleged discriminatory treatment he is receiving. Some listeners even threatened not to listen to the radio station again in protest.

In an exclusive interview with the Limpopo Mirror, the celebrated king of the airwaves said his misery started on 21 January when he developed flu-like symptoms and a loss of appetite. “I went to the doctor on 26 January who did a Covid test and I got the results the same day. The results were positive. The doctor gave me some medication and advised me to isolate for 10 days. I informed my acting station manager that I tested positive and said I will quarantine myself for ten days. The acting station manager wished me a speedy recovery and that gave me more courage to fight the virus.”

Masindi said on the tenth and last day of his quarantine, the 4th of February, he received a call from the acting station manager informing him that he should refrain from coming to the radio station. “I don’t understand why I should be victimised because of the situation I did not choose. Anyone could be infected by the coronavirus, but it seems I’m now regarded as an outcast. After all the sacrifices I have done for this radio station, they now thank me by kicking me out of the airwaves in shame.”

He said that he is now fully recovered and energetic, but he is allegedly not welcome back at the studio. “I decided to come out so that I can also speak to those who are being discriminated against because they tested positive for the coronavirus. I’m seriously angered and disappointed by the way the radio station treated me, because I never thought this could happen in a democratic country like ours.”

In an official letter sent to Masindi by the acting station manager, which Limpopo Mirror has a copy of, he is informed not to report for duty. The letter reads in part: “Sit-in arrangements have been made for Zwa-Africa (18h00 – 21h00) the 7th February 2021 show. Therefore, you are not expected to report for work on the 7th February 2021. Management has noted with concern your acts, which may be regarded as gross misconduct, insubordination, insolence, engaging on social media (unauthorised platforms) on issues that have a potential to put the station into disrepute and putting the station into disrepute by dragging of sensitive and confidential operational issues on social media.” The letter concludes by summoning Masindi to appear before a Vhembe FM Committee this Thursday, 11 February at 10:00.

When contacted for comment, Vhembe FM acting station manager, Khuthadzo Mufamadi confirmed the contents of the letter he signed which was sent to Masindi. Asked if it is true that Masindi is being victimised because he tested positive for the coronavirus, Mufamadi reserved his comments and said Limpopo Mirror should wait for the outcome of Masindi’s appearance before the radio station committee.

However, Masindi says he will not attend the compulsory meeting called by the same people who he accuses of mistreating and victimizing him. “I know these people very well. They want to humiliate me further and when I respond, they will accuse me of insubordination. It would have been better if I was being summoned by a fair independent committee which will not take sides.”

The provincial head of the South African Human Rights Commission, Mr Victor Mavhidula confirmed that they have received a complaint from Masindi and it is under investigation. “We are in contact with the radio station to establish all the facts behind the complaint. The findings after our investigation will guide us on the course of action to be taken.”