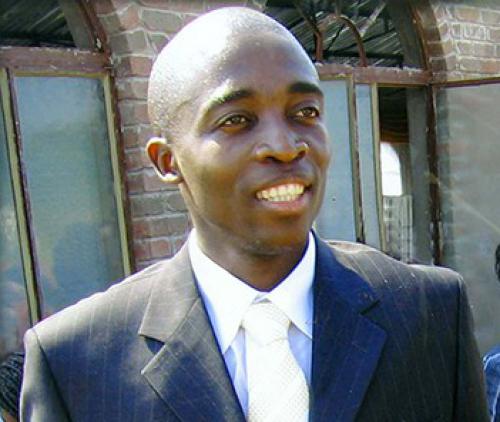 The late Avhatakali Netshisaulu, a chartered accountant, in happier times.

A woman who masterminded the murder of her husband 15 years ago will remain in jail. Last week, the High Court in Johannesburg dismissed her appeal against her life-imprisonment sentence.

The case was heard in the Gauteng Local Division of the High Court on 29 January. Mulalo Sivhidzho of Haluvhimbi village, outside Thohoyandou, is currently serving a life sentence for kidnapping and murder, along with Ntambudzeni Matsenene and Arnold Sello. The three were found guilty of the kidnapping and brutal murder of Avhatakali Netshisaulu of Matangari village.

The dismissal of the appeal means that Mulalo will continue to serve her life sentence. Mulalo and Avhatakali were only married for nine months when Avhatakali met his cruel death.

The badly burnt body of Avhatakali Netshisaulu, a chartered accountant, was found in the boot of his car at Nooitgedacht, near Muldersdrift, on 7 December 2006. He was 31 years old. He had only worked for a month at Anglo Platinum before he was brutally murdered - hardly a week after he and his wife, Mulalo, had moved into their newly built house at North-Riding, a posh Johannesburg suburb.

As a result of the confession made by one of the accused, implicating her in the murder of her husband, Sivhidzho was placed under arrest on 29 December 2006, just five days after her husband’s funeral. She was further linked to the murder through cellphone records and the communication between her and one of the accused. The records revealed that they had been updating each other about the progress of the plan that they had put into motion. The court found that the evidence clearly proved that the murder had been premeditated and that the deceased was killed in the most horrible manner, with cruelty.

Sivhidzho, who is accused number three in the case, challenged her conviction on the grounds that her confession should not have been admitted because she had allegedly been tortured by the police after her arrest, a claim that the State denies. The State called several witnesses who denied that Sivhidzho had been assaulted to make a confession.  She further challenged her sentence on the grounds that the court had misdirected itself and imposed an unjust sentence.

In the judgement, Acting Judge Prince Manyathi dismissed Sivhidzho’s appeal on the basis that the sentence was justifiable and fair, with no substantial and compelling circumstances present to reduce the minimum sentence of life imprisonment. “I am satisfied that the State has demonstrated beyond a reasonable doubt that the appellant’s confession was freely and voluntarily made. Assessing the evidence holistically, I am of the view that, even if the confession is disregarded, there is sufficient evidence to prove the appellant’s guilt beyond a reasonable doubt,” reads part of the judgement.

The mother of the deceased, Dzudzanani Netshisaulu, welcomed the judgement. “I serve a living God who fights all my battles. Although my beloved son will never come back to life again, I’m comforted by the fact that his killers will spend the rest of their lives in jail. My son died a very cruel death, and we will live with this pain for the rest of our lives,” she said.

As the first chartered accountant from his village, the late Avhatakali was an inspiration to everyone in Matangari. He passed his Grade 12 with flying colours at Mphalaleni High School in 1992. He completed his B Com Degree at the University of the Western Cape in 1995. He also held a master’s degree (M Com Tax) from the University of North West, an Hons B Compt/CTA from the University of South Africa and an MBA from the University of Durham in the United Kingdom. He was working for the Rand Merchant Bank as a credit analyst in 2003 when he was awarded the Nelson Mandela Foundation Bursary to study for his MBA in the UK.

Matangari village’s traditional leader, Musanda Vho-Mutulagole Nyamande, also welcomed the court judgment. He said: “All the plans that Avhatakali had for our village have been shattered. Personally, I have not healed from his death because he was a brother and role model to everyone in this village. I feel it was very insensitive for Sivhidzho to approach the court on this matter as it was proven that she pre-meditated the murder of our beloved brother. I pray that God should help me and the Netshisaulu family to heal from this painful wound.”