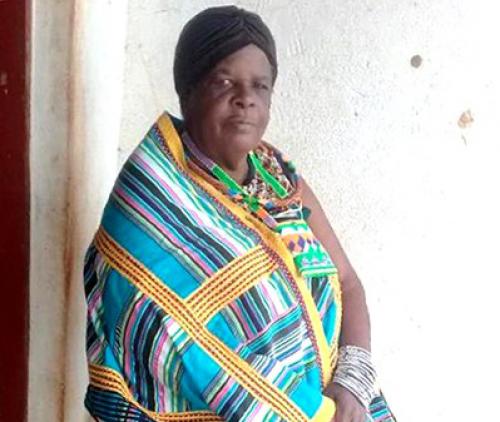 Muofhe Mbedzi (82) passed on before her wish for the release of her son from Swaziland prison could be fulfilled.

Since September 2008, Gogo Muofhe Mbedzi (82) of Makonde village outside Thohoyandou has waited in anticipation to see her son, Amos Mbedzi, being released from the Swaziland Manzini maximum-security prison. After spending six years in detention in Swaziland, Amos was sentenced to 85 years by the Swaziland High Court for allegedly trying to overthrow the Swazi government. Unfortunately, Gogo Muofhe’s wish was never fulfilled as she died last Tuesday.

Amos was unable to attend his mother’s funeral as he is currently serving his sentence in Swaziland. The heartbroken Muofhe was laid to rest at her home village of Makonde last Saturday (23 January).

Before his arrest in Swaziland, Amos was an employee of the then Limpopo Department of Local Government (now called Coghsta) and a member of the South African Communist Party (SACP). He underwent military training as a member of Umkhonto we Sizwe, the ANC’s military wing.

Over the years, several calls were made to the Swazi government to release Amos by organisations such as the SACP, Umkhonto We Sizwe Military Veterans Association, the ANC, religious movements, Cosatu, pressure groups and parties in Swaziland, the Communist League of Zimbabwe and various political and human rights formations. None of these efforts has paid any dividends. All the above formations claim that Amos was innocent. This was followed by the Release Amos Mbedzi Campaign, which is still actively pushing for his release.

Amos Mbedzi’s younger brother, Rudzani Mbedzi, confirmed the death of their mother. “We have lost the pillar of our family who has always been there whenever we needed her. Although she has not been well since the arrest of my elder brother, she tried her best to be strong, but the pain of not seeing her son all these years, like all members of the family, was too much. Since her passing, we have received many messages of condolences and that has made the family strong. We are deeply saddened by her passing and she has left a void that will be very difficult to fill in our family.”

Rudzani described his mother as a strong, kind-hearted woman who would never hurt a fly. “She was an angel and the whole family and local communities will miss her. She welcomed everyone at our home, and she would share the little she had with everyone. She was a giver who would not mind sharing her last cent with her neighbours, so that everyone would have food to eat. She taught us the principles of ubuntu, to love people and share the little we have with fellow community members. She was a great mother indeed.”

In a statement, the spokesperson of the Swaziland Solidarity Network, Lucky Lukhele, sent heartfelt condolences to Amos Mbedzi, his entire family, and the community of Makonde. “Muofhe Mbedzi was a pillar of the Mbedzi family and her community. When it was most dangerous to participate in anti-apartheid politics, she did not hesitate to encourage her son to play a role in the liberation of our people,” reads part of the statement.