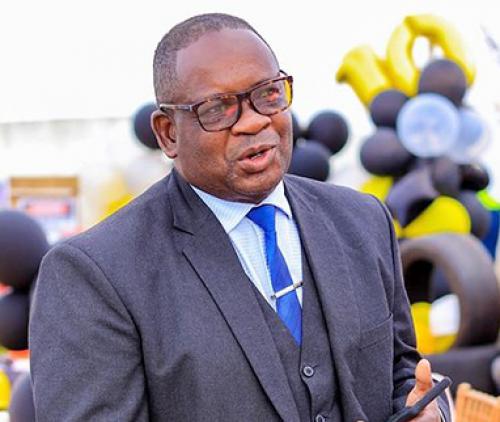 The late Nditsheni James Mukwevho, a well-known local business owner, will be buried on 15 January. Photo from family album.

A well-known local businessman, community leader, and philanthropist, James Nditsheni Mukwevho (68), died only a few days after he was diagnosed with Covid-19.

Mukwevho died on Sunday, 10 January, in the Netcare Pholoso Private Hospital in Polokwane after being diagnosed with the virus. He was the managing director of Real Paints and Chemicals and lay preacher at the Assemblies of God congregation in Vuwani.

His son, Thendo Mukwevho, described him as a loving and caring father, who also extended his compassion to children not his own. “He had a mind for business and always dreamed of increasing production in his own business. As a family, it is our dream now to take his business to a higher level, as a way of honouring his hard work and skills in mixing and formulating paint himself,” he said.

Thendo said that Mukwevho started his Real Paints and Chemicals business in 2002 in Thohoyandou and later developed the manufacturing of paints, which is now based in Vuwani. It has branches in the Thavhani Mall in Thohoyandou, Tshilamba in Mutale and in Giyani. The company employs more than 30 permanent staff members.

He remembers that his father taught them to be self-reliant, to work hard, and help those in need. “In the beginning of 2020, he included cleaning detectors, which meant he was ready to increase his production,” Thendo said.

Mukwevho is survived by his wife, Louisah Mukwevho, and his children, Thendo and Audrey. He will be buried on Friday, 15 January, in Vyeboom in Ha-Masia in the Vuwani area, under strict Covid-19 regulations.