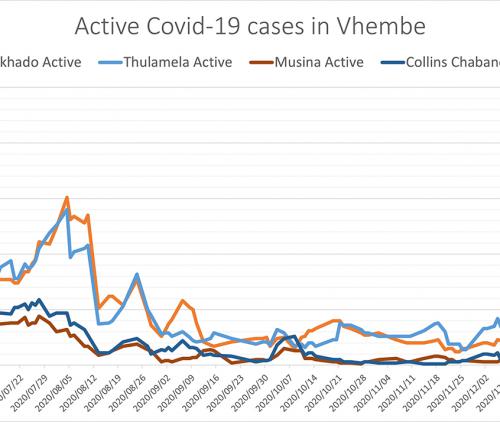 The number of active Covid-19 cases in Vhembe has peaked.

The number of active Covid-19 cases in Vhembe has risen quite dramatically, with districts such as Thulamela recording new maximums. On Monday (28 December) the Vhembe region officially had 441 active coronavirus cases, with the death toll standing on 82.

The festive season, accompanied by the influx of people from the cities, clearly had an effect on districts such Thulamela. Here the Limpopo Department of Health’s statistics show that 1 252 people contracted the virus. Currently 205 people are considered to be active carriers. The total of deaths is 39, which is the highest in the Vhembe region.

The Makhado area also recorded a spike in infections, but it is not at the highest point. On the 4th of August this year the district had 151 active carriers of the virus. The latest available figures show that on Sunday (27th), 133 residents were considered to be active carriers, while a day later it dropped to 130. Makhado has thus far recorded 1 160 infections, with 30 deaths. 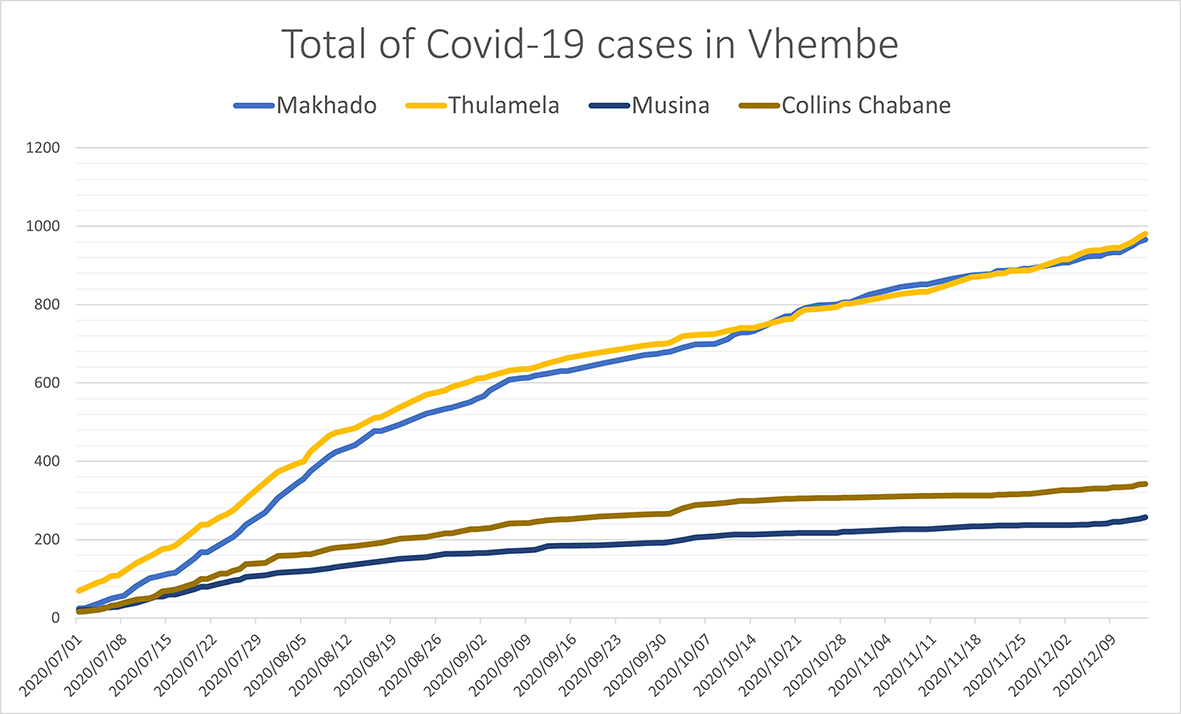 On Tuesday night President Cyril Ramaphosa announced that the country will move back to Level 3 restrictions. He also declared two areas in Limpopo to be hotspot areas, namely the Capricorn and Waterberg districts.

The Capricorn district, which includes Polokwane, had 1 106 active Covid-19 cases on Monday. This district had the biggest death toll thus far, with 225 fatalities. The official statistics for Waterberg show that there were 470 active cases on Monday, with 83 deaths.

Ramaphosa introduced several measures aimed at curbing the spread of the virus. These include the mandatory wearing of masks in public and longer curfew periods. The sale, distribution and transportation of alcohol products are also banned.

The total number of Covid-19 cases reported in Vhembe.