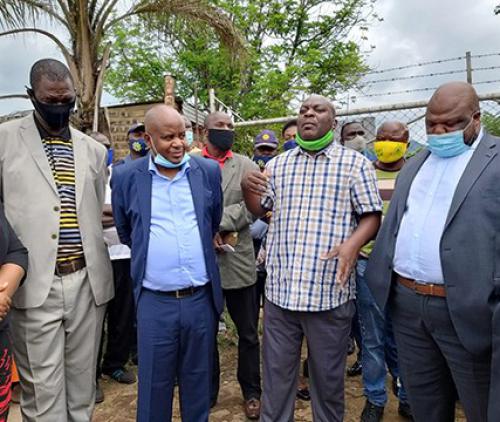 An agreement was signed between Cooperative Governance, Human Settlements and Traditional Affairs (Coghsta) MEC Basikopo Makamu, the Collins Chabane Municipality, and the Pro-Makhado Task Team to allow the municipality to start providing services to the area.

A task team advocating for Vuwani residents to remain under the Makhado Municipality have seemingly bowed under the pressure brought on by a lack of service delivery and have agreed to services provided by the Collins Chabane Municipality.

Since its establishment in 2016, the Collins Chabane Municipality has not provided services to parts of Vuwani after angry residents, who demanded to be returned to the Makhado Municipality, embarked on a volatile protest. The protest action even led to the burning of an estimated 30 schools and offices in the Vuwani area. Schooling, businesses, and other services were shut down for months and the local municipal offices were closed. Some provincial departments and the Vhembe District Municipality stepped in as a temporary measure.

MEC Makamu has now reopened the Vuwani municipal offices to allow the Collins Chabane Municipality to provide services to the area. Makamu has signed a commitment letter with the Pro-Makhado Task Team to request the Municipal Demarcation Board to consider an investigation into the redetermination of municipal boundaries.

Members of the Pro-Makhado Task Team have confirmed that an agreement was reached with the government to allow the Collins Chabane municipality to provide services to the area.

The Pro-Makhado Task Team chairperson, Mr Takalani Mukhudi, has confirmed that they had signed the agreement for the restoration of services, but said they were not abandoning their mission to be returned to the Makhado Municipality. “We have agreed with the government that we will cooperate with Collins Chabane Municipality in delivering services.”

He says they want the Demarcation Board to engage them before making any decision that concerns the residents of the Vuwani area.

Collins Chabane Mayor Moses Maluleke has welcomed the decision and said that they had already started work on Monday (7 December). He said that they were going to render services to the residents of the Vuwani area.

The spokesperson for the Vuwani Service Delivery Task team (VSDTT), Mr Aluwani Mulaudzi, said that they were happy that services would be rendered to the community again, but that they were worried about the mobile bank being closed. They are appealing to the bank officer to provide them with a bank, as community members have to travel long distances to access banks. According to him, the municipality will also be repairing severely damaged tar roads in the Vuwani area.