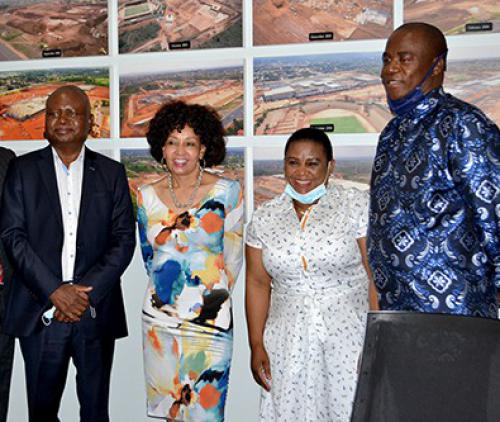 The chairperson of the Nandoni Complaints Resolution Committee (NCRC), Mr Solomon Baloyi, has accused the Department of Water and Sanitation of not keeping its promise to compensate affected households, which had been made in October this year during a meeting with the Deputy Minister, Mr David Mahlobo.

Some households had to be relocated in 1998 when the construction of the Nandoni Dam commenced, and these families did not receive proper compensation.

“We are worried that the department is using delaying tactics in terms of paying the households affected by the construction of the Nandoni Dam. They are not fulfilling their promise, which was that we would get payment before the end of the year. We were happy when the Deputy Minister made the promise, but it seems we will face a bleak Christmas this year,” Baloyi said.

According to him, the department is giving away offer forms, which are like salary advices, while others have been getting letters for the past nine months, but only 300 out of the 1 400 affected households have received their money so far. He said they had written many memorandums to the department regarding the delay in payments, but that the department had not kept its word.

Baloyi and some of the stakeholders met the minister of Human Settlements, Water and Sanitation, Ms Lindiwe Sisulu, on Friday at the Vhembe District Council’s chambers to try to resolve the matter.

When addressing the representatives of the affected households, Sisulu, who was joined by the executive mayor of Vhembe, Cllr Dowelani Nenguda, started by apologizing and said that the matter should have been resolved when communities affected by the construction of the dam had been forced to relocate in 1998. She was worried about complaints from some households that they had not been given the chance to re-bury their loved ones in order to dignify them and please their ancestors.

She thanked those affected for not taking the law into their own hands and for not destroying government infrastructure, such as roads and buildings, despite the fact that the matter has taken such a long time.

According to Sisulu, the government has the responsibility to fulfil its promises to the people. She said that the Nandoni matter would come to an end when all affected households had been compensated.