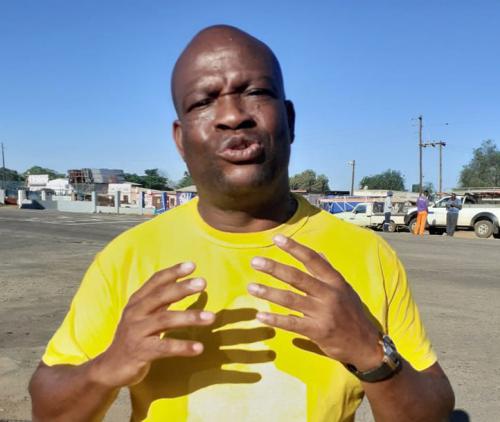 The chairperson of the ZCDF, Patrick Sikhutshi, said that numerous attempts to get the municipalities to address the problems proved fruitless.

ZCDF wants to shut down region on Monday

The proposed protest action by the Zoutpansberg Community Development Forum (ZCDF) is scheduled to start early on Monday morning (14th) in Louis Trichardt. The “total shutdown” was originally scheduled for Monday and Tuesday, but was limited to one day to accommodate students who were supposed to rewrite exams on Tuesday.

During a meeting held last week the organisers announced that the protest action would start early in the morning. “Marchers would be organised in their main bus stops to board buses on Monday at 08:30 (from here they will) move to Muromani, Madombidzha where all will proceed in convoys to the showground in town,” said the ZCDF’s secretary, MS Malotsha.

According to Malotsha the protest action is supported by traditional leaders, taxi bosses, bus owners and members of the local business community. The parties will all join the leaders of ZDCF at the showgrounds, from where the march will start at 10:00. “From the showground they will cross the N1 and walk through Songozwi Street and turn left at Krogh Street to Makhado Civic Centre, where the memorandum would be handed to the Speakers of the Makhado and Vhembe District municipalities,” said Malotsha.

The ZCDF said in a statement that essential services and education should not be disrupted by the protest action. “We expect all businesses to voluntarily close and stop all movements by 04:00 on Monday in support of the strike,” Malotsha said.

The ZCDF’s protest action is aimed at the Makhado Municipality and the Vhembe District Municipality’s poor service delivery records. The Makhado Municipality, as electricity supplier, is alleged to have failed dismally in the Sinthumule and Kutama areas, with power cuts being an everyday occurrence. The water supply, which is the responsibility of Vhembe, is in such a dire situation that many of the villages have seemingly given up on ever having running water again. Large sections of the area are reliant on expensive borehole water.

The chairperson of the ZCDF, Patrick Sikhutshi, said that numerous attempts to get the municipalities to address the problems proved fruitless.

On Saturday members of the local business community, which included members of the Soutpansberg Chamber of Commerce, were asked to support the initiative. It is, however, not clear whether the organisations officially endorse the protest action.