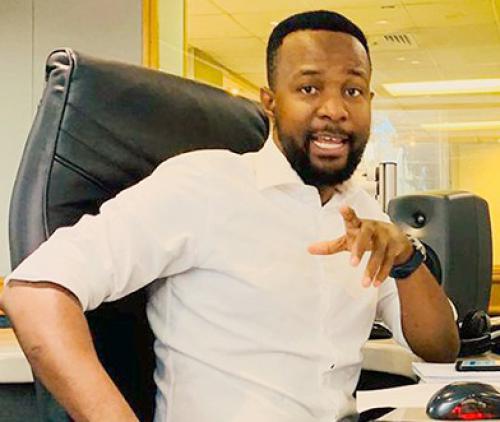 Radio presenter in hot water for calling student a witch

A Phalaphala FM talk-show presenter may be in serious trouble after he allegedly lashed out at a disgruntled listener, calling her a witch.

The incident happened on Friday during Phalaphala FM’s Tshiko tsha ndivho na vhutali show. The presenter, Mpho Rathando, apparently responded to listener comments on his Facebook page. He made use of the Facebook Live function to respond to complaints of students from the University of Venda.

The students were upset with Rathando, accusing him of being biased and choosing the side of the university. The previous day, he interviewed Univen’s spokesperson, Dr Takalani Dzaga, and some of the students blamed him for not asking the tough questions. A strike is currently on at Univen and students have been removed from the premises. Only students with disabilities and students who stay outside the country’s borders were allowed to stay.

In a video circulating on social media, Rathando can be heard reading a comment from a certain Penelope Muraga on his Facebook Live stream. He responds by saying: “Penelope Muraga: you are stupid, you are shit.”

Rathando then seemingly loses his cool and lashes out at the students, saying: “You guys have witchcraft, especially this Penelope Maraga. This one is a witch, this one I am sure she is a witch, shame, she must not show her witchcraft in public, Khaye u fela ha Kutama voetsek.”

Rathando’s remarks caused an outcry, with students telling him that what he said was irresponsible and a criminal offence.

Over the weekend, Rathando released a video in which he apologises to Penelope and other students. “What happened broke me, and I was hurt as a person. I am not saying being hurt gives me permission to utter such words. There is a person I picked out there who was one of the people who commented. I want to apologise to her as a person,” he says in the video.

On Monday evening, a community radio station, Vhembe FM, interviewed Ms Muraga. She told the presenter, Mashudu Ramuhulu, that she had been hurt by Mpho Rathando’s response to her comment. She felt the remark was especially inappropriate “because I am someone who is growing up in the church”.

When asked if she had forgiven Mpho after he had apologised, she said: “I cannot accept his apology because his apology has pride in it.” She said he had also made her parents angry by sending someone to apologise on his behalf.

Limpopo Mirror tried to obtain comment from Ms Muraga, but she told us her legal team had instructed her not to speak to the media, because she might say something that would jeopardize her case.

Several efforts to contact Rathando were unsuccessful. His phone kept on ringing and he did not respond to messages sent to him.

The SABC's spokesperson, Ms Mmoni Seapolelo, responded by confirming that Rathando has been unscheduled for two weeks, until 21 December 2020. "This is due to the unsavoury comment made by Mr Rathando on his Facebook page, relating to a topic which took place on-air. Phalaphala FM values its listeners and would like to apologize for this unfortunate incident," she said.

In South Africa it is a very serious offense to call someone a wizard or witch. Apart from crimen injuria or defamation, one can also be held liable under the Witchcraft Suppression Act 3 of 1957 as amended. This Act makes it an offence to “name or indicate any other person as a wizard”. Contraventions of the Act can attract a fine of up to R400 000 or imprisonment for up to 10 years.