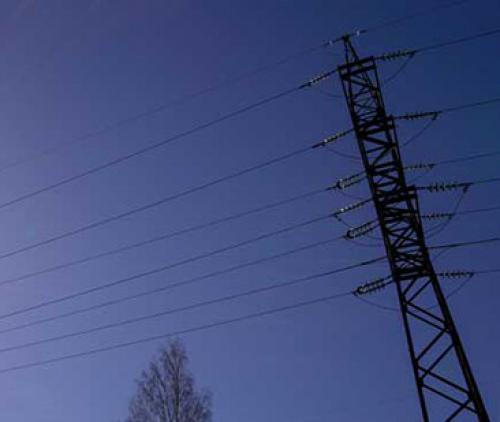 Thousands of households in Sinthumule and Kutama that rely on the Makhado Municipality for electricity are now without power almost every day when the weather, however slightly, deteriorates.

Residents say that electricity is interrupted at several more villages, extending beyond the area that had initially been affected. They also complain that calls to the municipality are in vain, as no clarity can be provided on what is happening and for how long the interruption will last. Dozens of businesses had been hit so hard by load-shedding or power cuts that some were forced to close.

Spaza owners told Limpopo Mirror that the cuts led to massive losses, including rotten food that they were forced to throw away. Joseph Mohamed, a local spaza owner, said that he had to give all his stock from his fridge to the dogs after everything had rotted. “The electricity interruptions are affecting everything that we do in my business. Everything here uses electricity, and we do not have backup. We lose a lot of money when there is no electricity,” Mohamed said. He complained that his sales had dropped dramatically in the past four months because power cuts lasted for up to 12 hours at a time. “I have no choice but to close for the day because I can't work without electricity.”

Ms Elen Ravhutendele has been living without electricity for many months now and struggles to cope without it. “Our municipality has let us down and has forgotten that we voted for it. We live on bread every day. We can’t buy meat because the fridges are not working,” she said. “Learners are busy with their examinations and cannot study. We had to throw away a lot of food from the freezer. For cooking, we are using paraffin, which is not healthy.”

The chairperson of the Zoutpansberg Community Development Forum, Patrick Sikhutshi, said that they were worried as an organisation when the villages were left without electricity every time the weather picked up. He said that they were continuing to experience power disruptions, despite numerous attempts to register their dissatisfaction with the municipality.

“If the wind blows or it rains, these villages become a dark city. To our surprise, this happens when the weather is normal too. Sometimes it occurs twice or thrice a day for many hours, and sometimes for over a day. The municipality claims it is because of an ageing infrastructure, which we do not agree with. Eskom lines were constructed many decades before the electrification of these villages. It has come to our attention that their substations do not have enough capacity to carry the requisite load,” Sikhutshi said.

He furthermore refers to the high unit price of municipal electricity. This, he said, coupled with municipal services, made electricity unaffordable. He said that they planned on going for a total shutdown from 14 to 15 December, all the way to Louis Trichardt town, in protest against the power issues.

The Makhado Municipality’s spokesperson, Louis Bobodi, told Limpopo Mirror that the municipality was working tirelessly towards addressing the situation. “Right now, our workers are working around the clock in an effort to try and restore the power supply to the affected areas.” He said that the municipality was committed to helping the community but that, unfortunately, things did not always go as planned. “The municipality is committed to working with the affected communities and various stakeholders to ensure that the network is safe and the power is restored.” He apologised to the community for the delay and inconvenience.