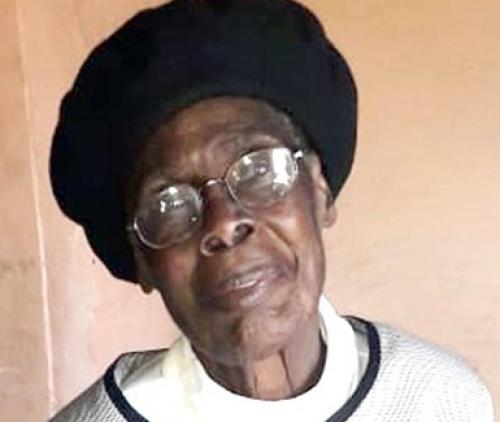 Musina struggle icon Selina Phiri passed away at the age of 90. Photo supplied.

One of Musina's big trees falls away after 90 years

A big tree has fallen. This expression aptly describes the passing of Musina struggle icon Ms Selina Phiri, who passed away last Sunday at the ripe age of 90.

The history of Musina would be incomplete without the name of Selina Phiri being mentioned. A pioneer of the struggle for freedom, she was there for her community during the tough times of the apartheid government, clashing with the authorities for her people to be free.

During the time of the struggle, she worked with deceased heavyweights such as Christina Chisanga, Obed Mashaba, David Phologa, and Jack Mokobi, to name but a few.  Phiri was buried on Saturday, 10 October, at Musina.

Her home in Musina Skoonplaas was a hive of activities for many years because she interacted with so many people during her lifetime. She was a community builder who participated in many community initiatives to improve the lives of the local people.  Among her other roles, she was a member of the ANC Women’s League for many years and branch executive committee member of the ANC Sebata Branch. She was the founder member of the local Kutlwano Laundry Services, a community-based project aimed at fighting hunger and unemployment among the women of Musina. She also played a major role in the formation of two local projects, Lerato Beads and Lerato Crèche. She also served as a ward committee member for Musina Municipality on several occasions and became part of the Musina Gogo Getters group, which aims to keep elders healthy and strong.

Musina Mayor Mihloti Muhlope said the people of Musina had lost a pillar of strength and a person who had always been there to give advice to the young blood. “We send sincere condolences to the family during this time of loss. It was not only a loss to the family, but to the whole community of Musina. We are enjoying the fruits of freedom today because of freedom fighters like her. She might be gone, but her good deeds will live with us forever.”

Representing the family, Shoni Tlou said they were grateful for the support from the community from the day Phiri had passed on. “The support and family visits have been overwhelming. This clearly demonstrates that our loved one was a people’s person. Although we are grieving, we console ourselves by the fact that the deceased has contributed immensely to bringing a better life for the people of Musina.”