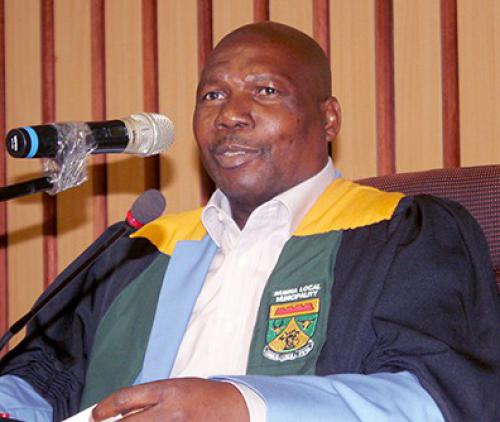 The Speaker of Musina Municipal Council, Cllr Gilbert Netshisaulu, says a vacancy in Ward 1 exists after the death of Cllr Gift Phiri.

Musina voters back to the polls on 9 December

The Speaker of Musina Municipal Council, Cllr Gilbert Netshisaulu, has declared a vacancy in the council of the border municipality. Netshisaulu made the announcement during an urgent special council meeting last week.

The vacancy comes after the passing of Cllr Gift Phiri, who was the directly elected councillor for Ward 1, representing the African National Congress (ANC).  Ward 1 covers some villages, part of the farming area and a small part of Musina CBD.

Netshisaulu explained that the current council had been established after the declaration of the results of the 2016 Local Government Elections by the Independent Electoral Commission (IEC). “From the 24 council members, 12 were elected through the proportional representation system and the remaining 12 as representatives directly elected from wards,” he said. Cllr Phiri was a ward councillor, and this position now needs to be filled via a by-election.

“Once a vacancy occurs, the MEC for Local Government must, after consulting with the IEC, call and set aside a date for by-elections in a notice in a provincial Government Gazette in line with Section 13 (a) of the Municipal Systems Act of 98,” said Netshisaulu.