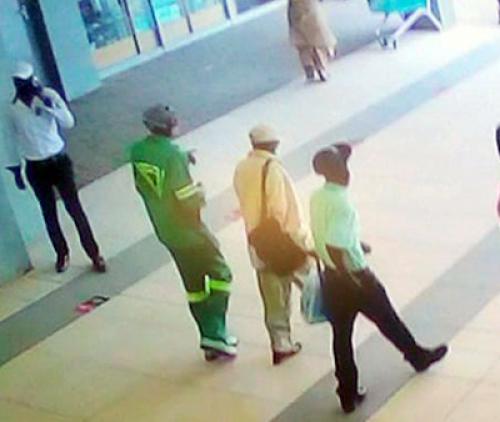 Body of missing man found next to railway line

The police are still searching for the killer or killers of a man whose body was found dumped outside Louis Trichardt near the railway line. The body was found a fortnight ago and the man was identified as Mr David Muvhango (60) of Matshavhawe.

Muvhango’s younger brother, Isaiah, said that David had gone to Louis Trichardt to withdraw money. When he did not return later that day, the family members became worried. “We reported him as missing and, together with the police, looked everywhere, but with no luck,” he said.

He said that the family then went to the Makhado Crossing Mall and requested management to show them video footage, hoping that this might assist them.  On the video footage they could see that Muvhango had visited the mall and was seen in the company of two men wearing overalls. He is seen climbing into a vehicle with the men.

“We later received a call from police, who told us they had found the body of a man in the bushes. When we went there, we found that it was my brother, who had wounds on his face,” he said.

Isaiah added that it was a terrible sight and that the family could not believe that it was him. “We are very shocked, but we are not pointing fingers as we have faith in the police, and we believe that their investigations will reveal what had actually happened,” he said.

Limpopo police spokesperson Brig Motlafela Mojapelo said the man, in his 60s, was found by passers-by next to the railway line. “A community member alerted the police about the body of a man that was found at nearby bushes. The police proceeded to the scene and found the lifeless body with deep wounds.” Mojapelo confirmed that the police had opened a murder docket.

“The motive for the killing is unknown at this stage,” added Mojapelo. Police are appealing to anyone with information that can help in tracking down the suspect(s) to come forward.